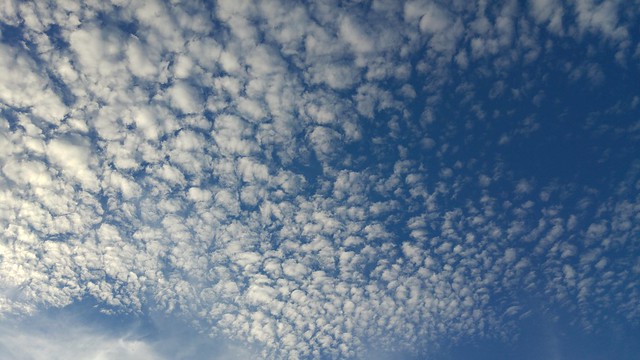 Today we are looking at the word window [ˈwɪndəʊ / ˈwɪndoʊ].

Definition: an opening in the wall of a building, the side of a vehicle, etc., for the admission of air or light, or both, commonly fitted with a frame in which are set movable sashes containing panes of glass [source]. 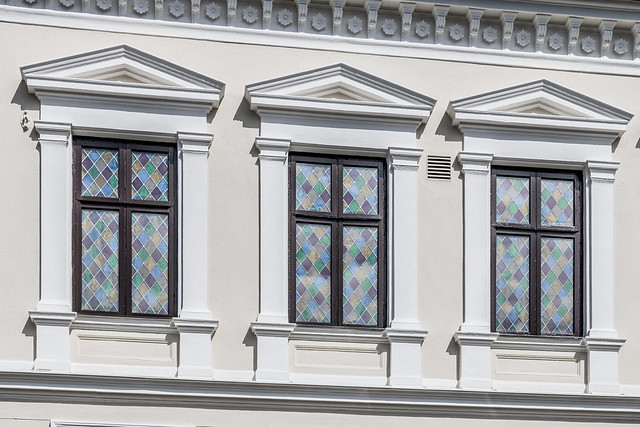 Window comes from the Middle English windowe/windohe/windoge, from the Old Norse vindauga (window) or literally “wind-eye/wind-hole”, as windows were originally unglazed holes in walls or roofs that allowed the wind to pass through [source].

Another word for window in Middle English was fenestre/fenester, which was used in parallel with windowe/windohe/windoge until the mid 16th century. It comes from the Old French fenestre (window), from the Latin fenestra (window, breach, loophole, orifice, inlet), which possibly came from Etruscan.

Words for window in some other Germanic languages are similar to window, including vindue [ˈvend̥u] in Danish, vindu in Norwegian, vindeyga [ˈvɪntˌɛiːja] in Faroese, and vindöga in Swedish, although that is no longer used, and fönster is used instead.

As today is Mother’s Day in many countries around the world, though not here in the UK, we are looking at the origins of the word mother.

Words for mother in most Indo-European languages come from the same root, including moeder [ˈmu.dər] in Dutch, Mutter [ˈmʊtɐ] in German, and móðir [ˈmouːðɪr] in Icelandic [source].

Some related words include matriarch, matron, maternal, matrimony, material, matriculate, matrix and matter, all of which come ultimately from the Latin māter (mother, matron, woman, nurse) via French [source].

On today’s adventure we are looking at the origins of the word bread, which comes from the Middle English word bre(e)d [brɛːd] (bread, pastry, food, nourishment), from the Old English brēad [bræ͜ɑːd] (bit, piece, morsel, crumb, bread). from the Proto-Germanic *braudą [ˈbrɑu̯.ðɑ̃] (fragment, piece, bread), from the Proto-Indo-European *bʰrew(h₁-) (to boil, seethe) and Proto-Indo-European *bʰera- (to cut, scratch, split, rub) [source]. 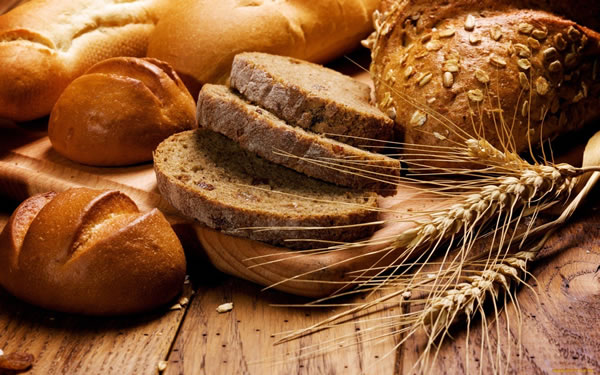 A more common Old English word for bread, and loaf, was hlāf [xlɑːf], which became loaf in modern English. The word lord is related as it comes from hlāfweard/hlāford [ˈxlɑːfˌwæ͜ɑrd/ˈl̥ɑː.vorˠd] (“bread guard”), as is the word lady, which comes from hlæfdige [ˈl̥æːvˌdiː.je] (“bread kneader”) [source].

I also write about etymology on the Omniglot Blog, and I wrote about Celitc words for bread on Celtiadur this week.

As we are in the month of April, I thought I’d look at the origins of that word. 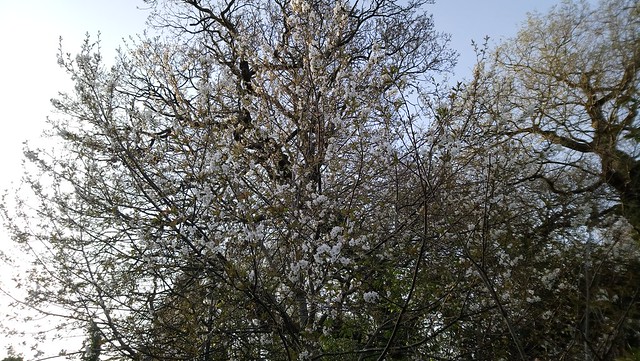 April comes from the Middle English apprile, which was originally aueril, from the Old French avrill, but was re-Latinised to make it like the Latin word Aprīlis (of the month of the goddess Venus), which possibly came from the Etruscan 𐌀𐌐𐌓𐌖 (apru), from the Ancient Greek Ἀφροδίτη (Aphrodítē), the goddess of love and beauty [source].

The originally Old English word for April was ēastermōnaþ, or “Eastermonth”, named after the goddess Ēastre, whose name is related to a Proto-Indo-European word for dawn and east (*h₂ews-). The word Eastermonth also exists in modern English, but is only used in poetry [source].

Words for April, and other months, in many languages.

As it is Easter – Happy Easter to those of you who celebrate it, or Happy Sunday to those who don’t – I thought I’d look into the origins of an important Easter-related word, no not Easter, but egg.

Egg, with the same spelling, is also found in Icelandic, Faroese and Norwegian, and with different spelling in Swedish and Danish, pronounced slightly different in each language – egg [ˈɛkː] in Icelandic, egg [ɛkː] in Faroese, egg [ɛɡ] in Norwegian, ägg [ɛɡː] in Swedish, and in æg [ˈɛˀɡ̊] Danish. In Dutch and German, words for egg are like the original English word: Ei [aɪ̯] in German and ei [ɛi̯] in Dutch [source].

The originally English word for egg was ey [ei] from the Old English ǣġ [æːj], from the same Proto-Germanic root as egg. It was used until the 16th century, when it was replaced with egg, possibly because it got confused with the word eye, as in the thing you see with [source].

In this episode I discuss which languages are easiest to learn for native speakers of English, and what factors make languages easy or difficult to learn, including grammar, spelling, pronunciation, vocabulary, the availablity of resources, and so on.

In this episode I take you on an adventure in etymology, the study of where words come from, and how they have changed over time. I start with the word etymology, and see where I end up.

In this episode I discuss the distinction between between less and fewer, and commonly-held beliefs about English grammar and usage. I investigate where these ‘rules’ and practises originated and find out who is responsible.

It comes from the Old English lǣs (less), from the Proto-Germanic *laisiz [source].

Fewer is used to mean a smaller number of something, and is generally used before plural countable things. For example, fewer words, fewer letters.

It comes from few, from the Middle English fewe (few, little, not many; small, little), from the Old English fēaw (few), from the Proto-Germanic *fawaz (few), from Proto-Indo-European *peh₂w- (few, small). [source].

In his 1770 book REFLECTIONS ON THE ENGLISH LANGUAGE: In The Nature of VAUGELAS’s REFLECTIONS ON THE FRENCH; Being a Detection of many improper Expreſſions uſed in Converſation, and of many others to be found in AUTHORS. (p 55), Robert Baker wrote:

“LESS. This word is moſt commonly uſed in ſpeaking of a number; where I ſhould think Fewer would do better. No fewer than a Hundred, appears to me not only more elegant than No leſs than a Hundred, but more ſtrictly proper.”

In his 1866 book, A PLEA FOR THE QUEEN’S ENGLISH: Stray Notes on Speaking and Spelling (p 188), Henry Alford, Dean of Canterbury, wrote:

A correspondent states as his own usage, and defends, the insertion of an adverb between the sign of the infinitive mood and the verb. He gives as an instance, “to scientifically illustrate.” But surely this is a practice unknown to English speakers and writers. It seems to me, that we ever regard the to of the infinitive as inseparable from its verb. And when we have already a choice between two forms of expression, “scientifically to illustrate,” and “to illustrate scientifically,” there seems no good reason for flying in the face of common usage.

The Prepoſition is often ſeparated from the Relative which it governs, and joined to the Verb at the end of the Sentence, or of ſome member of it: as, “Horace is an author, whom I am much delighted with.” “The world is too well bred to ſhock authors with a truth, which generally their bookſellers are the firſt that inform them of.” This is an Idiom which our language is ſtrongly inclined to; it prevails in common converſation, and ſuits very well with the familiar ſtyle in writing; but the placing of the Prepoſition before the Relative is more graceful as well as more perſpicuous; and agrees much better with the ſolemn and elevated Style.

In his 1711 book, An Essay Towards a Practical Engliſh Grammar, Describing the Genius and Nature of the English Tounge; Giving Likewiſe A Rational and Plain Account of Grammar in General, with a familiar Explanation of its Terms. (p 182), James Greenwood, Sur-Master of St. Paul’s School, wrote:

Two Negatives, or two Adverbs of Denying, do in Engliſh affirm.

In the 1794 edition of Robert Lowth’s A Short Introduction to English Grammer: With Critical Notes (p 132), he wrote that:

Two Negatives in Engliſh deſtroy one another, or are equivalent to an Affirmative.

Tunes played in this epsiode

These and other myths about English are discussed on The Grammarphobia Blog.