There are three new languages on Omniglot this week:

There are new numbers pages in Proto-Italic, Umbrian, Oscan and Ket.

On the Omniglot blog this week I wrote a post about the Japanese word 賑やか / にぎやか (nigiyaka), because I just liked the sound of it, and related words in Japanese and Chinese, as well as the usual language quiz.

The mystery language in last week’s language quiz was Kanakanavu, a Southern Tsouic language spoken in the villages of Manga and Takanua in Namasia District (那瑪夏區) of Kaohsiung (高雄) in southern Taiwan.

In this week’s Celtiadur post you can find connections between words for victory in Celtic languages, the English word booty, and Queen Boudica.

This week’s Adventure in Etymology looks into the origins of the word neighbour, as I got to know some of my neighbours better this week. I found out that some of them speak other languages, including Mandarin Chinese, Spanish, French and Irish, and I got to speak a bit of all those languages, and some Welsh as well with one of my builders.

I made a new video this week featuring me play a tune I wrote a few years ago called the Dancing Donkeys on four different instruments, and it’s been getting a lot of views and likes on TikTok particularly.

In other news, work started on laying the foundations of my new garden studio this week: 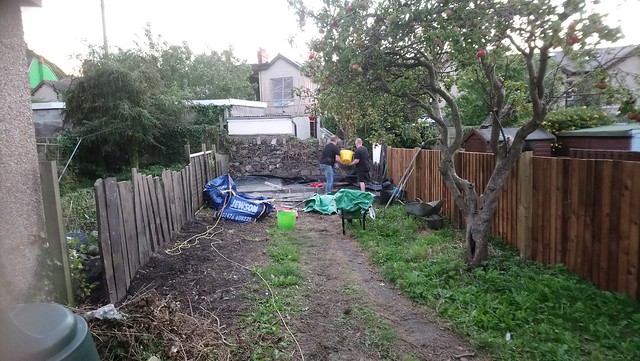 Today we’re looking into the the origins of the word bucket [ˈbʌkɪt/ˈbə-kət]. 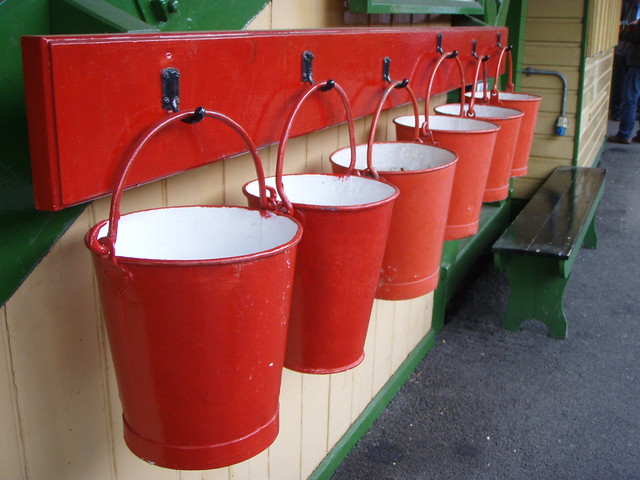 The English word trebuchet also comes from the same Proto-Germanic root, via the Old French trebuchet/trebuket (trebuchet, bird trap), from trebuchier (to fall/knock over), from tres (trans-, across, intensifying prefix) and buc (abdomen) [source].

This week we have a new writing system on Omniglot: the Qiang Script, which was created in 2017 and is used to write the Qiang languages of Sichuan Province in the southwest of China. One of those languages, Northern Qiang (Rrmea), now features on Omniglot, and was the mystery language in this week’s language quiz on the Omniglot blog.

There’s a new phrases page in Cumbric (Cumbraek), a reconstructed language based on Cumbric, a Celtic language that was spoken in parts of northern England and southern Scotland until about the 12th century.

There’s a new article about Colloquial Indonesian Spoken by Papuans, that is on the island of New Guinea in Papua New Guinea, and in the Indonesian provinces of Papua and West Papua.

There are Omniglot blog posts about words for skips, dumpsters and related things in English and French: Skip to the Bin and Skips and Dumpsters.

This week’s Adventure in Etymology looks at the origins of the word ado.

There is a new Radio Omniglot podcast about surnames, specifically about some of the most common surnames in England and Wales.

The word surname, as in a family name, comes from the Late Latin supernōmen/suprānōmen (surname), from super- (over, above, beyond) and nōmen (name) [source].

Smith is the most common surname in the English-speaking world, as are equivalents in many other languages, including Schmidt in German, Ferraro / Ferrari in Italian, Herrero in Spanish, Kovač in Serbian, Croatian, Slovak and Slovenian, and Mac Gabhann (McGowan) in Irish. It comes from the Old English word smitan (to smite, strike).

A smith is someone who works with metal, and has been used as an occupational surname since Anglo-Saxon times. There are various kinds of smith, and their names are or were used as surnames, including Blacksmith (works mainly with iron); Brownsmith and Redsmith (work with copper); Goldsmith (works mainly with gold); Shoesmith (makes horseshoes); Sixsmith (makes scythes and sickles – a version of Scythesmith or Sicklesmith), and Whitesmith (works with tin) [source].

The surname Taylor came to Britian with the Normans, and was first used in 1182. It comes from the Old French word tailleur (cutter). It is also common in Australia, New Zealand, Canada and the USA [source].

Jones is the most common surname is Wales, and is also common in England and the USA. It’s based on Welsh patronimics meaning “son of John”, such as Mab Ioan or ap Siôn. These were commonly used until the mid 16th century, when Welsh people started using surnames, and many Welsh names were Anglicised, as all official documents had to be in English. Davies and Williams have similar origins [source]. More on Welsh surnames.

The surname Brown was originally a nickname for someone with brown hair or clothing. It’s common in England, Scotland, Canada, Australia and the USA. It was first used in England in 1066 in the form of Brun [source].

Other colour-based surnames include Black (dark-haired, or short for blacksmith), White (possibly referred to pale complexioned Vikings), Green (one who lives by the village green or is from a place called Green), Blue (someone with blue eyes / blue clothes), Red (red haired, ruddy complexion), Orange (associated with the Dutch House of Orange) and Pink (nickname for a bright, chirpy person) [source].

Today we’re looking at the word fence [fɛns], as my slate fence is being replaced with a wooden one, mainly to stop my neighbour’s dog from getting in my garden. 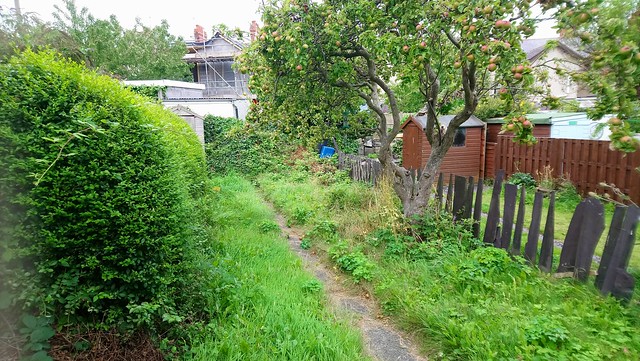 It comes from the Middle English word fence/fens, from the Old French defens(e) (defence), from the Latin dēfensa [d̪ɛˈfɛnsɑ] (defense, protection), from dēfendō [d̪eːˈfɛn̪d̪oː] (to defend, guard, protect), from dē- (of, from) and *fendō (hit, thrust) [source].

The English word defend comes from the same root, as do related words in other European languages, such as défendre (to defend, forbid) in French and amdiffyn (to protect, defend) in Welsh [source].

The Old English word for fence was edor [ˈe.dor], which also meant enclosure, hedge, shelter, dwelling, house, protector or prince. This became edder, an now obsolete word that refers to flexible wood worked into the top of hedge stakes, to bind them together. [source].

Today we are looking at the word distract [dɪsˈtɹækt], that’s if I don’t get distracted, as often happens. 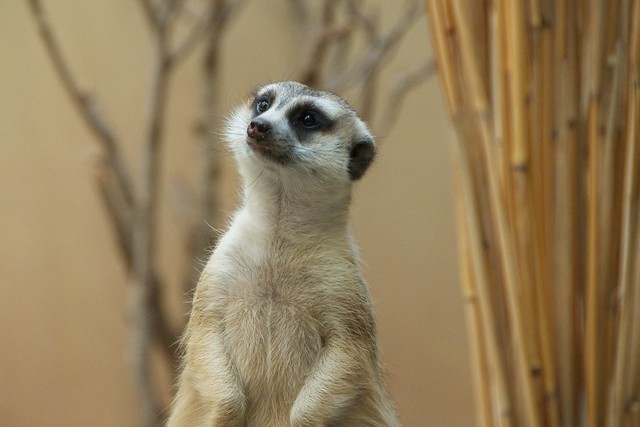 It comes from the Latin word distractus (divided, scattered; sold), from the distrahō (I draw, pull, drag asunder), from dis- (asunder, apart, in two), and *trahō (I drag, pull), from the PIE *dʰregʰ- (to pull, draw, drag) [source].

From the same Latin root come such words as traire (to milk) in French, traer (to bring, fetch, attract, pull) in Spanish, trazer [tɾɐ.ˈzeɾ/tɾa.ˈze(ʁ)] (to bring) in Portuguese, and tractor, tract and traction in English [source].

From the same PIE root, via Proto-Germanic draganą [ˈdrɑ.ɣɑ.nɑ̃] (to draw, pull, carry) and the Old English dragan [ˈdrɑ.ɣɑn] (to draw, drag), we get the English words draw drag [source].

As I mentioned in this episode, I often get distracted. I even wrote a song about this, called Distraction – I was planning to write one about owls, but got distracted and wrote this one instead. Later I did write an owl-related song called The Little Green Owl.

In this episode I talk about Japanese, giving an overview of the history of the language, its vocabulary and grammar, and how and why I learnt it.

Japan used to be called 倭 (wa) or 倭國 (wakoku) in Chinese – a name first used in the 3rd century AD. 倭 means “dwarf” or “submissive”. Later the Japanese changed the character 倭 to 和 (peaceful, harmonious) and combined it with 大 (big, great) to form 大和 (yamato) or “Great Wa”, which possibly originally referred to a place in Japan – 山戸 (yamato) or “Mountain Gate”.

幻想的の曲 (gensō-teki no kyoku) – a sort-of Japanese-sounding improvisation played by me on the tenor and descant recorders.

Today we are looking at the word mask [mɑːsk/mæsk]. 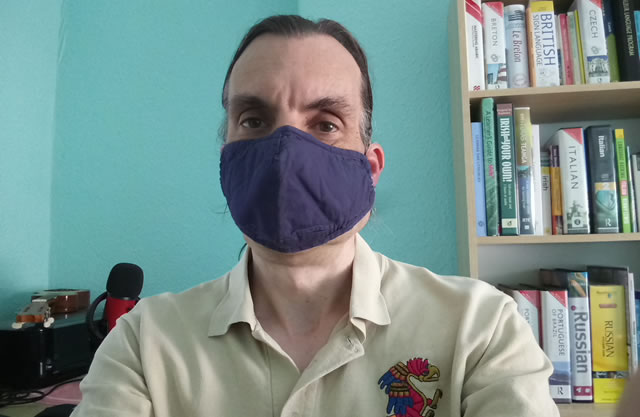 It comes from the Middle French word masque (a covering to hide or protect the face), from the Italian maschera [ˈmas.ke.ra] (mask, disguise), from the Medieval Latin masca (witch, hag, spectre, nightmare, mask), from the Proto-West Germanic *maskā (mesh), from the Proto-Germanic *maskwǭ (loop, knot, mesh, netting, mesh used as a filter, facemask). The English words mesh and mascara come from the same root [source]. 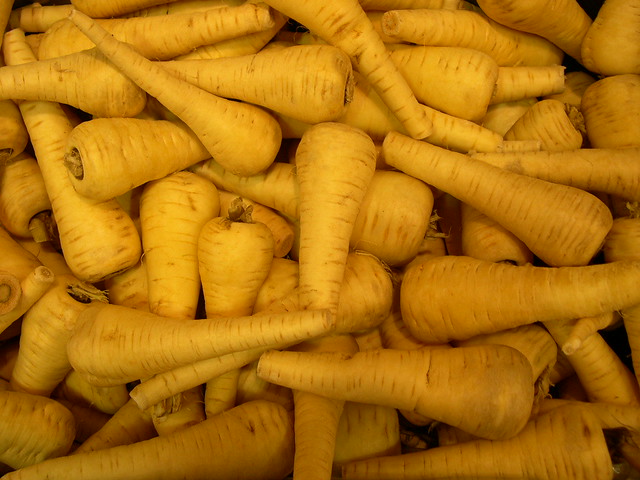 Today we are endeavouring to maintain a state of equilibrium by looking at the word balance [ˈbæləns]. 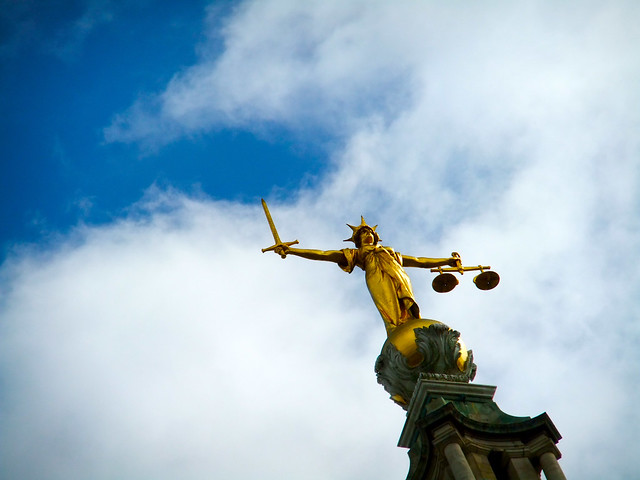 Definition:
– a state in which opposing forces harmonise; equilibrium.
– something of equal weight used to provide equilibrium; counterweight
– awareness of both viewpoints or matters; neutrality; rationality; objectivity.

In Latin the word for a pair of scales or balance was libra, which was also a unit of measure equal to twelve ounces or a pound (lb). This is the root of words for weight and currency in various languages, including livre (pound) in French, lira in Italian, and libra (pound) in Portuguese and Spanish [source].