Today we’re telling tales about the origins of the word spell. 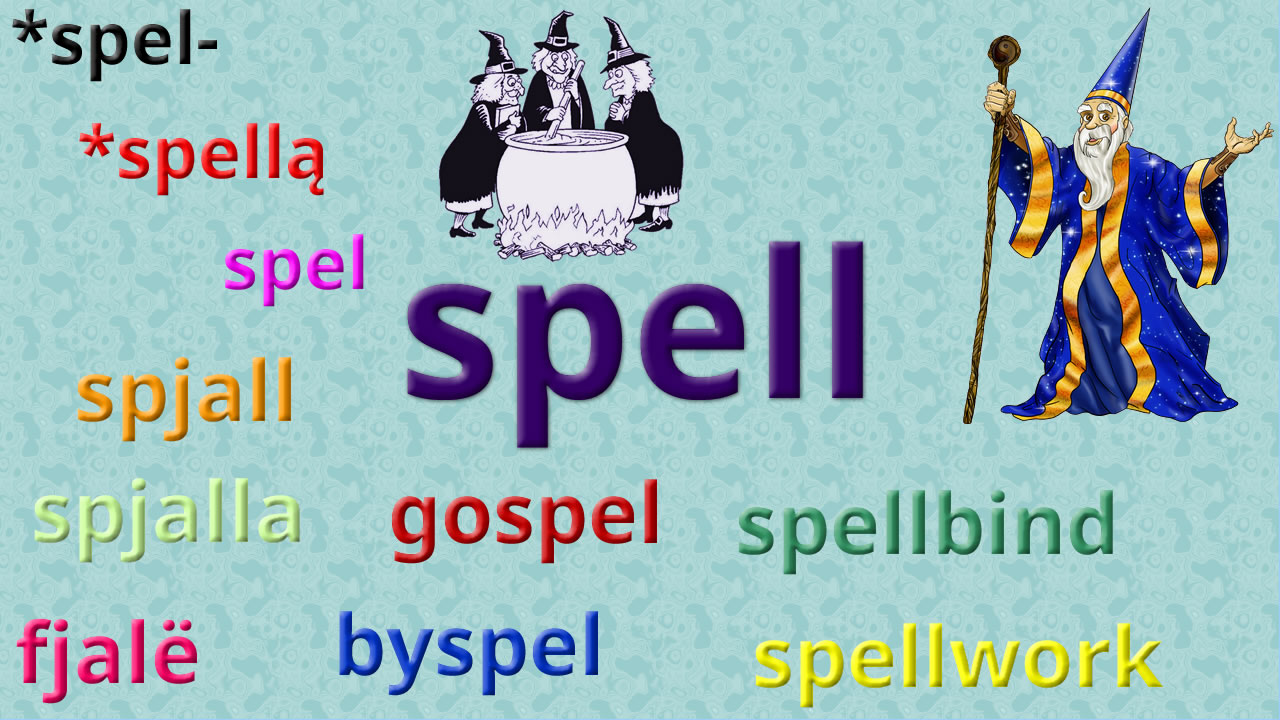 Words from the same roots include gospel and byspel (an example — rare) in English; spjall (talk, gossip) and spjalla (to chat, converse) in Icelandic; and fjalë (word) in Albanian [source].

The word spell (to be able to write or say the letters that form words), also comes from the same root, via the Middle English spellen (to mean, signify, interpret, to spell out letters), the Old French espeler (to call, cry out, shout, explain, tell), the Frankish *spelôn, and the Proto-Germanic *spellōną (to speak) [source].