A multilingual Merry Christmas to all of you who celebrate it.

Here’s a version of ‘We Wish You a Merry Christmas’ I wrote yesterday. I was inspired by a friend who re-wrote of ‘We Three Kings’. It references other songs written by me and my friends.

‘We Wish You a Merry Christmas’ is a traditional English carol from the south west of England that has been around is various guises at least since the 19th century. More details.

Here are a few other Christmasy songs I found recently on YouTube that I thought I’d share with you:

The Carol of the Bells has been popping up in my feed quite a bit. It is based on the Ukrainian song Щедрик (Shchedryk):

Here’s a rather different version:

This is not exactly a Christmas song, but does have a Christmasy theme, and is a lot of fun to watch and listen to. It is by Nanowar of Steel, an Italian band, and was inspired by the IKEA catalogue. How many languages can you spot in it?

A couple of other Christmasy songs that I quite like: 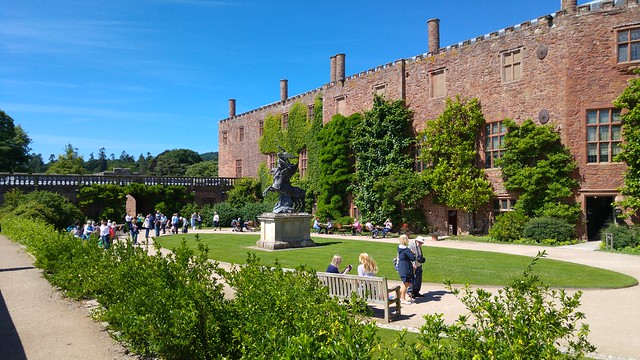 What do elephants and camels have in common?

Well, words for camel in Slavic languages like Czech and Russian possibly come from an Ancient Greek word meaning elephant.

Words from camel in other Slavic languages come from the same root: верблюд (verbljúd) in Russian and Ukrainian, вярблюд (vjarbljúd) in Belarusian, wielbłąd in Polish, and so on [source].

These all come from the Gothic 𐌿𐌻𐌱𐌰𐌽𐌳𐌿𐍃 (ulbandus), but from there the etmological trial gets a bit hazy, as they quite often do. Traditionally this word is thought to derive from the Greek ἐλέφας, via the Latin elephantus.

Another theory is that the Gothic word comes from the Proto-Germanic *elpanduz (elephant, camel), which possibly comes from the Hittite word hu(wa)lpant (humpback), or from another ancient language of Anatolian such as Luwian [source].

The word for elephant in Czech (and also in Slovak, Serbian, Croatian and Slovenian) is slon [slon], which comes from the Proto-Slavic *slonъ (elephant) [source], which comes either from the Turkish aslan (lion), or from *sloniti (to lean against), relating to the medieval story of an elephant sleeping leaning on a tree [source].

So now we know where the name of the lion in The Lion, The Witch and The Wardrobe probably comes from.

When putting together a post on my Celtiadur today, I discovered that the English word slew (a large amount) is related to words in Celtic languages for troop, army, host or throng, and to words for servant in Slavic languages. 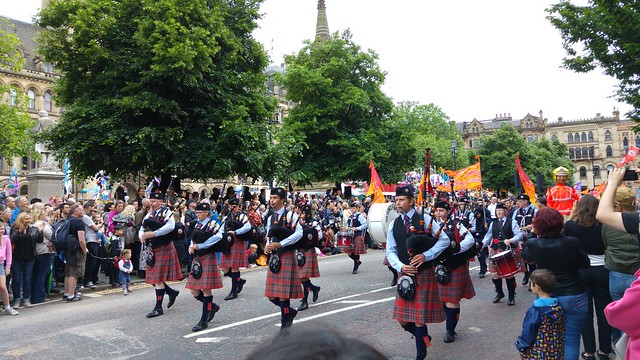 There are similar words in the other Celtic languages, including llu in Welsh, which means host, multitude, throng, crowd, flock, army, or regiment, and appears in the Welsh word for police: heddlu (hedd = peace).

In Manx the equivalent is sleih, which is the general word for people, and also means public, family, relations, inhabitants, crowd or populace.

Words for servant in Slavic languages, such as sluha in Czech and Slovak, sługa in Polish, and слуга (sluga) in Russian, Ukrainian, Serbian, Bulgarian and Macedonian, all come from the same root, via the the Proto-Slavic word sluga (servant).

Another English word that comes from the same root is slogan, from the Scottish Gaelic sluagh-ghairm (battle cry), from the Old Irish slúag / slóg (army) and gairm (a call, cry) [source]. Today is the second full day of the #PolyglotGathering. It’s been a lot of fun, with some very interesting talks, and I’ve met a lot of people I know from previous polyglot events, and many new people too.

This morning I’ll be giving my presentation on Deconstructing Language. My original plan was to talk mainly about how grammar works and how it develops, but What I’ll actually talk about is where words come from and how and why they change over time.