If you mislay your bijou bijous you could say that have a bijou problemette. 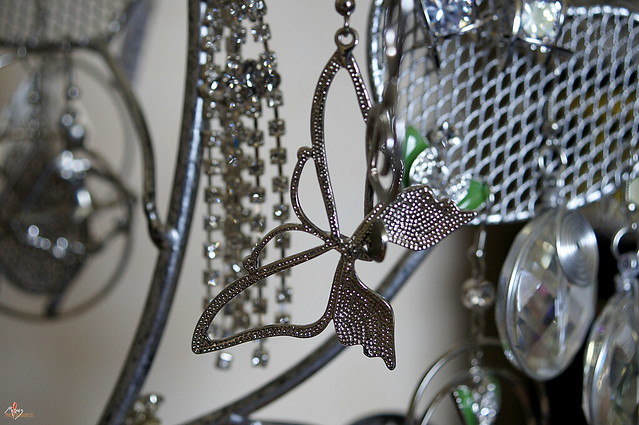 The word bijou can mean small and elegant (of a residence – often ironic),
intricate or finely made, or a jewel, a piece of jewellry; a trinket or a small intricate piece of metalwork. In the above sentence bijou bijous means ‘finely made jewelery’, and a bijou problemette means ‘a little problem’, an example of British understatement.

Bijou, as jewellery, comes from the French bijou (a piece of jewellery), from the Breton bizoù (ring), from biz (finger), from the Proto-Celtic *bistis (finger) [source].

Bijou, as in small and elegant, etc, comes from the Mediterranean Lingua Franca (Sabir) bijou, from the Occitan pichon (small, little), from the Late Latin pitinnus, possibly from Proto-Celtic *kʷezdis (piece, portion) [source], which is also the root of peth (thing, object) in Welsh, cuid (part portion) in Irish, and related words in other Celtic languages. 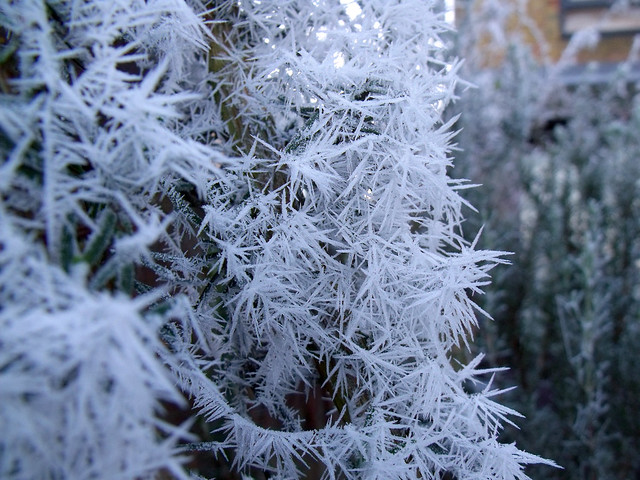 A few posts ago I wrote about an interesting Swedish idiom – trampa i klaveret – to make a social mistake, put one’s foot in it, or literally “to step heavily on the accordion”.

Then there’s the spinatfugl or “spinach bird”, which is apparently a person who writes reviews or other cultural material in a newspaper without a journalistic background [source].

Does anybody know why such a person is known as a spinach bird?

Apparently spinach cinema refers to “Movies that are not very exciting or interesting, but that one feels one must see because they are educational or otherwise uplifting.” [source]

Are there any interesting spinach or other vegetable-related idioms in other languages?

Actually the cerf in cerf-volant comes from a different root to the cerf meaning stag – from the Occitan sèrp-volanta (flying serpent) [source].

Kites were possibly invented in China in the 6th century BC. They in first appeared in Europe during the 15th century and were in the form of serpents or dragons, which is perhaps why there were called sèrp-volanta [source].

Do kites have interesting names in other languages?

My trip to France last week with members of Bangor Community Choir and Coastal Voices choir from Abergele was fantastic, and though it was only five days, it felt much longer as we fitted so much into our time there.

We left Bangor at 6am on Wednesday morning and travelled to Birmingham airport by coach, picking people up in Abergele on the way. We flew from Birmingham to Bordeaux, then got another coach from there to Issor in the Barétous valley – a delightful place in the foothills of the Pyrenees. We stayed there for two nights in gîtes just outside the village of Issor which are owned by a member of the French choir we were visiting. Both nights we were there we had meals outside one of the gites, and members of the French choir came to join us, and there was much singing and merriment. On the second day – Thursday – we visited a vineyard near Monein, part of the Jurançon wine region, and sampled their wine – at least the others did – I don’t drink, but was interested to see how the wine is made. We also visited Pau and Navarrenx, both of which are attractive and interesting towns, and of course we sang in each of these places.

Before I went to Pau I wasn’t sure how to pronounce it. Now I know that it’s pronounced /po/ in French, and /paw/ in Bearnese and Basque. The origins of the name are uncertain.

Navarrenx is pronounced /nabarēŋs/, and was known as Navarrensis in the 11th century. Since then there have been a number of versions of the name. In Bearnese it is known as Nabarrenx or Nabarrencx. This area was traditionally known as Lower Navarre (Nafarroa Beherea or Baxenabarre in Basque, Navarra Baisha in Bearnese, and Basse-Navarre in French) and was part of the Kingdom of Navarre until the 11th century. The name Navarre is thought to come either from the Basque word nabar (brownish, multicoloured, or from the Basque words naba (valley, plain) and herri (people, land) [source].

On Friday we popped over to Jaca in Spain going through the tunnel under the mountains on the way there, and coming back over the mountains. We spent a pleasant morning there, then headed back to France, stopping at Canfanc on the way to see the impressive railway station (see above). We had a picnic in a village whose name I don’t remember, then went up into the hills to Lescun, where we sang in the church and had a meal with the French choir and other local singers. Unfortunately it was too foggy to see the apparently spectacular views of the mountains. Coming down the mountain was quite an experience in the fog on a very windy road. We were driven by a member of the French choir, who knows the road well and is a very good driver, so we never felt unsafe.

On Saturday we explored Oloron-Sainte-Maire, particularly the old parts of the town, which are very picturesque, and learnt a bit about the local sports, such as various forms of Basque pelota, which has similarities to squash, and Bearnese quilles de neuf, a kind of skittles. We spent the afternoon wandering around and relaxing, and performed in the cathedral in the evening. The concert went really well. We had two encores and standing ovations, and raised over €2,000 for a charity that’s helping a village in Nepal to rebuild after the recent earthquake.

Then the French choir, le Chœur Sensible, did their set, which included songs in French, Bearnese, Basque, Zulu, English, Georgian, Spanish, Guadalopean Creole and other languages. Here are some recordings from the French choir’s set, made by Rod Armstrong:

Gloria (not sure about the title of this one)

Amazing Grace – based on a Christian hymn published in 1779, with words written by the English poet and clergyman John Newton (1725–1807): more info.

Not sure about the title of this one

Adieu foulard, adieu Madras – a song from Guadeloupe in the local creole language dating from 1769, attributed to François Claude de Bouillé1, who was governor of Guadeloupe from 1769 to 1771: more info.

Ts’mindao ghmerto (წმინდაო ღმერთო) – a Georgian version of a Trisagion, a standard hymn of the Divine Liturgy in most of the Eastern and Oriental Orthodox Churches and Eastern Catholic Churches: more info.

Le Temps des cerises – written in France in 1866, with words by Jean-Baptiste Clément and music by Antoine Renard: more info.

Then we did our set, and we sang a few more songs together. I was hoping to record the whole of the concert, but unfortunately the batteries in my recorder didn’t last. Other people did record the concert, and I hope to get hold of those recordings soon.

We left Oloron on Sunday morning and returned to Abergele and Bangor via coach, plane and coach, arriving in Bangor just after 9pm. On the way we sang a song or two in most of the places where we stopped, including Bordeaux and Birmingham airports.

I spoke plenty of French during the trip, and a bit of Spanish when we were in Jaca. A few other members of our choirs speak French to varying degrees, and some speak Spanish. Most of the French choir know at least basic English, and some speak it very well. Some also speak Bearnese, Basque and/or Spanish, so we were able communicate with them without too much difficulty. Some of choir members from Wales started speaking English with outrageous French accents amongst ourselves, and this soon spread to the whole choir, much to our amusement.