As today is the day before Christmas, I thought I’d look into the origins of the word eve. 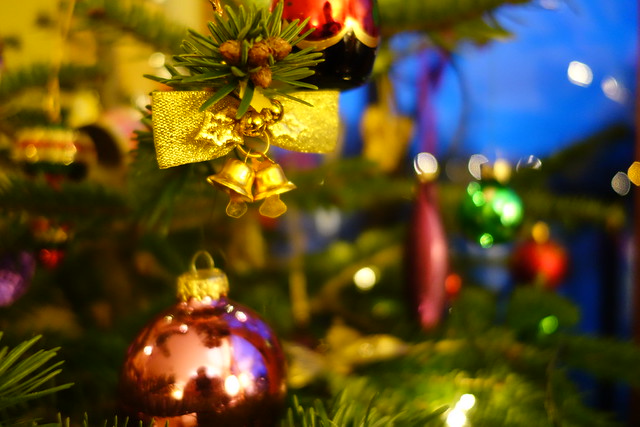 Eve means the day or night before, and is usually used for holidays and other significant events, such as Christmas Eve and New Year’s Eve. It can also mean the period of time when something is just about to happen or to be introduced, such as the eve of a scientific breakthrough, and it used to mean evening or night.

Related words in English including eventide, a poetic / archaic word for evening, and yestereve (yesterday evening).

A Multilingual Merry Christmas to all of you who celebrate it.

The other day I heard the expression short shrift being used, and started wondering what a shrift might be, and why it’s a short one that’s usually given or received.

The expression to give short shrift means to ignore, disregard or exclude (sb/sth); to give (sb/sth) very little time or attention. For example “Despite its urgency, ministers are giving the issue short shrift in parliament.” [source].

The word shrift means the act of going to or hearing a religious confession; a confession to a priest, or forgiveness given by a priest after confession. It comes from the Middle English shrift (confession, penitence, repentance), from the Old English sċrift (penance, penalty, a judge), from sċrīfan (to prescribe absolution or penance; to pass judgment), from the Proto-Germanic *skrībaną (to write), from the Latin scrībō (I write), from the Proto-Indo-European *(s)kreybʰ- (to scratch, tear) [source]. 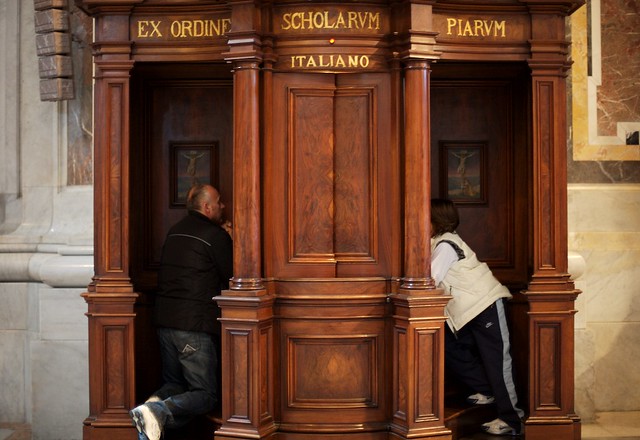 Short shrift is a rushed sacrament of confession given to a prisoner who is to be executed very soon; a speedy execution, usually without any proper determination of guilt; a short interval of relief or time, or something dealt with or overcome quickly and without difficulty [source].

The word shrive (to hear or receive a confession; to prescribe penance or absolution) comes from the same roots [source]. So does shrove, an old word that means to join the fesitivities of Shrovetide or to make merry. It appears in the name Shrove Tuesday, the day before the beginning of Lent, also known as Pancake Day, Mardi Gras, Fat Tuesday [source] or Jif Lemon Day [source]. Other names are probably available.

So now we know. 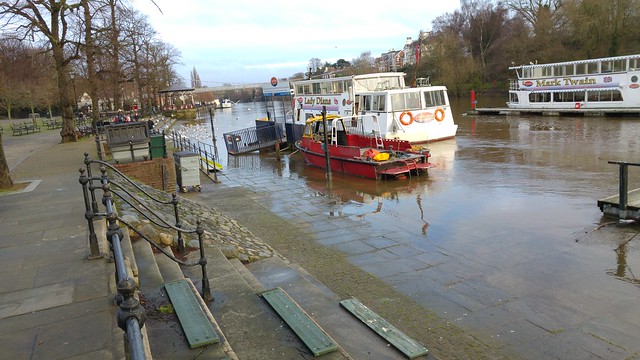 A Dutch word I learnt recently is samenleving [‘samənlevɪŋ], which means society or community. It comes from samenleven (to live together, co-exist), from samen (together) and leven (to live), and could be literally translated as “together-living” [source]. 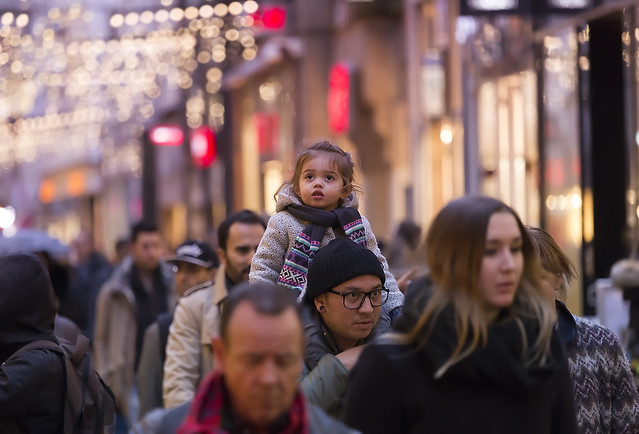 In Old English a community was a gemænscipe [ˈjeˌmæːnˌʃi.pe], which is cognate with the Dutch word gemeenschap (community, society, fellowship) and the German word Gemeinschaft (community, group, company, sense of community). These come from the Proto-West Germanic *gamainiskapi (community), from *gamainī (common, shared, communal) and *-skapi (forms nouns denoting state) [source].

A Dutch I learnt recently is uitdaging [ˈœy̯tˌdaː.ɣɪŋ], which means a challenge. It comes from uitdagen (to challenge), from uit (out, off, over), and dagen (to dawn, light, rise, start, call).

Dagen comes from the Middle Dutch dāgen (to dawn, rest (a horse), delay, summon), from the Old Dutch *dagon, from the Proto-Germanic *dagāną [ˈdɑ.ɣɑː.nɑ̃] (to dawn, to become day) [source].

The Scots word daw [dɑ:] (to dawn) comes from the same Proto-Germanic root, via the Middle English dawen and the Old English dagian (to dawn), as does the obselete English word daw [dɔː], which means to dawn, wake up, daunt or terrify [source].

The word dawning, a poetic word for dawn or the first beginnings of something, comes from the same Proto-Germanic root, and from it we get the word dawn (to begin to brighten with daylight, to start to appear) [source]. 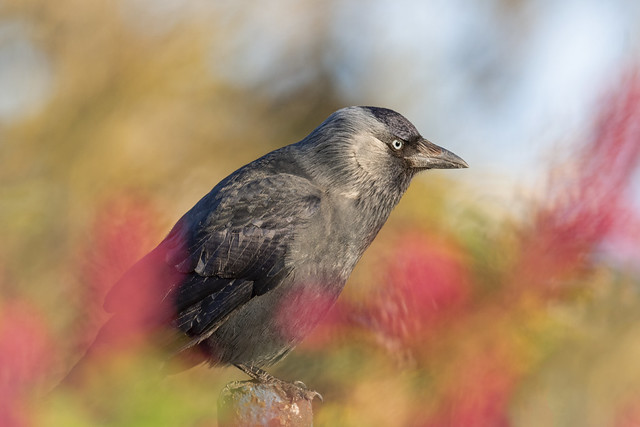 The unrelated word daw is an old name for the jackdaw (Coloeus monedula), and also means idiot, simpleton or fool. It comes from the Middle English dawe, from the Old English dāwe, from the Proto-Germanic *dēhǭ (jackdaw), from the Proto-Indo-European *dʰākʷ- (jackdaw, starling, thrush) [source].

Daw is also found in Scots, and means a sluggard; a lazy, idle person; a slattern, a drab or an untidy woman, and comes from the jackdaw sense of daw [source].

If someone told you they were going to gadwaddick, what do you think they meant? 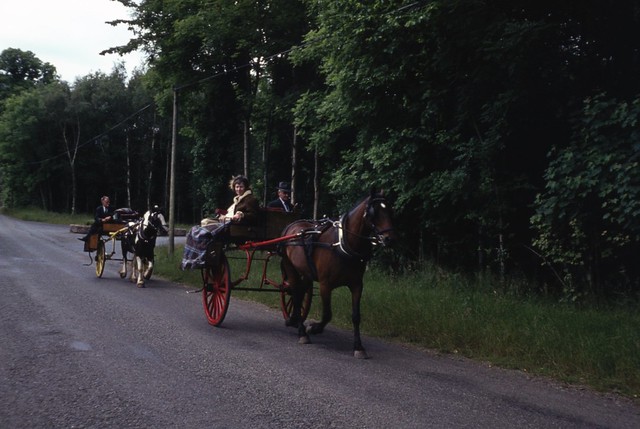 Here are a few possible meanings of to gadwaddick:

It is in fact the second, and is used in Norfolk dialect in the east of England. The first definition is for the word to drail, which is used in Gloucestershire, Wiltshire, Dorest, Somerset in the the southwest of English, and the third definition is for the word to dadge, which comes from the dialects of Northumbria and Cumbria in the north of England.

These words all come from The English dialect dictionary by Joseph Wright, which was published in 1900.

A gadabout is someone who restlessly moves from place to place, seeking amusement or the companionship of others, or in other words, someone who gads about [source], or gadwaddick about in Norfolk.

The verb to gad means “to move from one location to another in an apparently random and frivolous manner”. It comes from the Middle English word gadden (to hurry, to rush about) [source]. 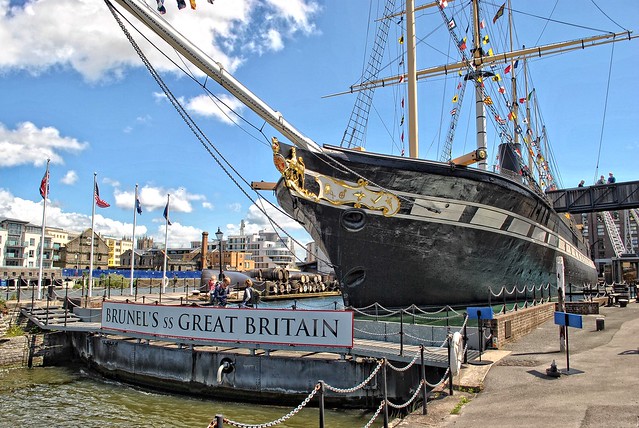 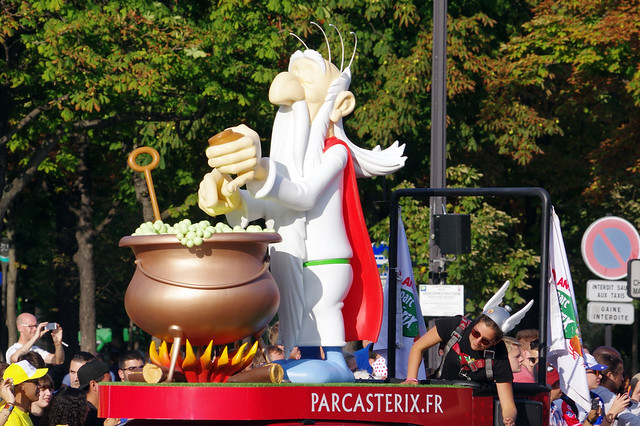 Tomorrow is New Year’s Eve and if you’re celebrating it with others, you might just sing the song Auld Land Syne. So I thought I’d look into the history of the song and the meanings and origins of some of the words. 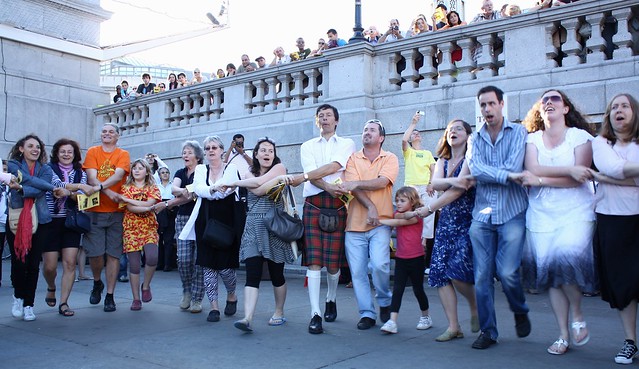 Auld Land Syne was based on a Scottish folk song with parts of it written by Robert Burns. It acquired the traditional tune in 1799. Burns sent a copy the original song to the Scots Musical Museum in 1788 claiming that it had never been written down before, and that he got it from an old man. The first verse and chorus have a lot in common with the ballad “Old Long Syne”, which was published by James Watson in 1711.

Here is Burn’s version of the song:

This is what it sounds like in the original Scots:

For auld lang syne [fər o̜ːld lɑŋ səin] means literally “for old long since”, and can be translated as “for old times”, “for days gone by” or “for the sake of old times”.

brae [breː] = the brow of a hill, a hill, hillside or the high ground adjoining a river bank. From the Middle English bro/bra (bank of a stream, raised edge of a ditch or pit), from the Old Norse brá (eyebrow, eyelash) [source].

pou [puː] (also pul and pow) = to pull, to pluck (fruit, flowers, etc), or to gather produce of any kind. From the Middle English pullen, from Old English pullian (to pull, draw, tug, pluck off) [source].

waught [wɑːxt] = to quaff, drink deeply, take large draughts (of); a draught of liquid, a long pull, swig or gulp of any drink. Of unknown origin.