If I described someone as “keeping a hedgehog in their pocket”, what do you think I meant? 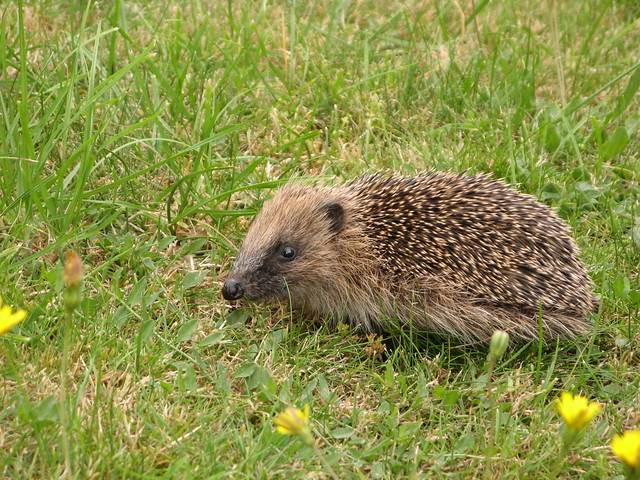 Well, the Welsh idiom “Mae e’n cadw draenog yn ei boced”, which literally translates as “he keeps a hedgehog in his pocket”, means that he is stingy or tight with his money [source].

There are many ways to say that someone is averse to spending money in English, including: frugal, miserly, thrifty, cheap, close-fisted, economical, ironfisted, mean, parsimonious, pennywise, tightfisted [source] or to have deep pockets and short arms.

Other ways to say someone is careful with their money in Welsh include:

In French a miserly person is said to “avoir des oursins dans le porte-monnaie / la poche” (to have sea urchins in the wallet / purse / pocket) [source].

Do you know any other interesting idioms with a similar meaning?

You could say that I usually keep a hedgehog in my pocket (idiomatically, not literally), as I do tend to be careful with my money. At the moment I’m spending quite a bit on the studio that’s being built in my garden, and I can do this because I have savings I can dip into. The walls are now more or less finished and the roof will be installed this weekend. Parts for the roof include planks up to 6m long, with were quite a challenge to get through the house into the garden. 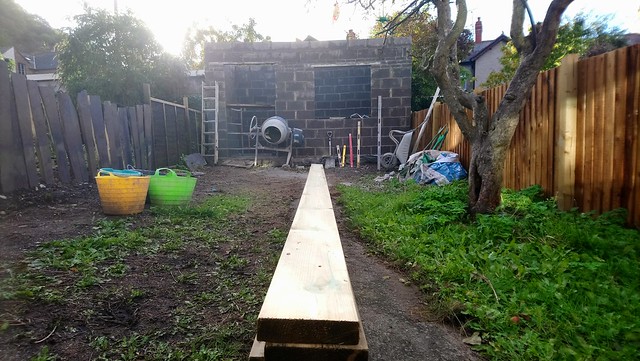 According to The Phrase Finder, the phrase the grass is always greener on the other side of the fence:

expresses the idea that other people’s situations always seem better than one’s own. The proverb carries an implied warning that, in reality, the grass is equally green on one’s own side and that you should be satisfied with what you have. 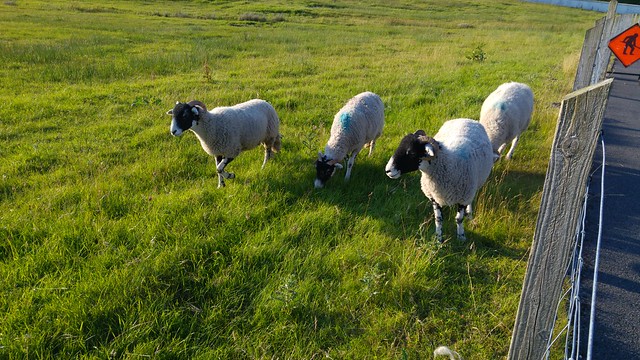 It’s earliest known appearance in print was apparently on 24th February 1917 in the Kansas Farmer – The Farm Paper of Kansas:

A song written in 1924 by Raymond B. Egan and Richard A. Whiting was titled The Grass is Alway Greener (In The Other Fellow’s Yard).

Other versions of the phrase appeared before then. For example, in The New York Times in June 1853:

It bewitched your correspondent with a desire to see greener grass and set foot on fresher fields.

However, according the English Language & Usage, the ideas expressed by the phrase are a lot older than that. For example, in Ovid’s poem Ars Amatoria (The Art of Love) Book I Part IX, which was written in 2 AD, he says:

Translations of this include:

Here are versions of the expression in other languages [source].

Are there interesting equivalents of this phrase in other languages?

Yesterday I came across an interesting idiom in Scottish Gaelic: mil air do bheul, which means “that’s wonderful/excellent news” or literally, “honey on your mouth”. Perhaps this was coined when honey was difficult to obtain, so having honey on your mouth would be considered good thing. 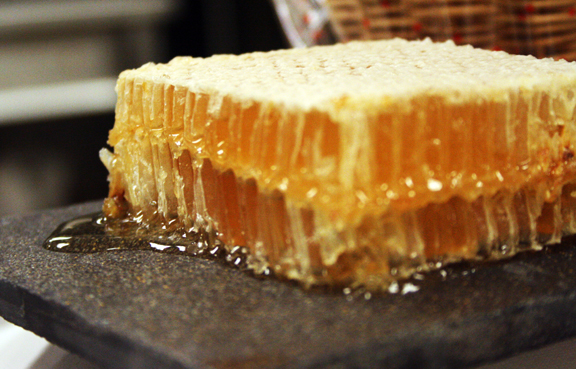 Meanwhile, in Welsh if you have honey on your sandwich or bread, or mêl ar dy frechdan/fara, it is considered a source of pleasure, which makes sense to me. Also, having honey on your fingers, or mêl ar dy fysedd, is music to your ears, or taking pleasure in the misfortune of others, or in other words, indulging in schadenfreude.

More honeyed words in Celtic languages can be found on the Celtiadur.

Do you know any other interesting honey-related idioms?

In French if you don’t speak a langauge very well, you are said to speak it “like a Spanish cow”, or “comme une vache espagnole” [source]. For example:

This expression was first used in writing in the 17th century, and possibly referred to vasces, that is Gascons or Basques, rather than vaches, or cows. At the time, Basque people from Spain probably didn’t speak French very well. Or it might come from basse (servant, maid), or from the use of comme une vache as an insult. Also, calling people and things espagnole (Spanish) was also an insult at the time [source].

You could make up other ways to say you speak a language badly:

Are there idioms in other languages to refer to people speaking them badly, or indeed well?

An interesting word that came up in my Swedish lessons this week was hinna, which to have sufficient time to do something, to manage to do something in time, or to be on/in time, not to be late. That’s quite a lot of meaning packed into a small word! 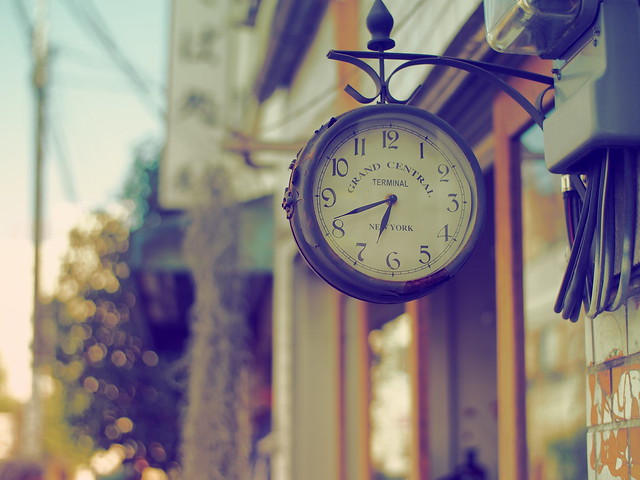 A possibly related word is hinna, which means a coat(ing), skin (on liquids) film or membrane. So perhaps you’re doing something by the skin of your teeth when you hinna, although the meanings aren’t quite the same.

Doing something by the skin of your teeth means to barely manage to do something, or narrowly succeed in doing something. It apparently comes from the Bible (Job 19:20) “… I am escaped with the skin of my teeth”, and is a literal translation of the original Hebrew.

Do you know any other teeth-based idioms?

An interesting idiom that came up in my Russian lessons this week is будет и на моей улице праздник (budet i na moey ulitse prazdnik), which is translated as “it’s always darkest just before the dawn”, and means literally “There will be a festival / celebration even on my street”.

The origins of this idiom are apparently related to the fact that many streets in Russia used to have their own churches, and they would hold celebrations in the street for the local saint. So no matter how bad things might get or seem, you could look forward to such fesitivities [source].

Some examples of how this Russian idiom is used:

The English version means “there is hope, even in the worst of circumstances”, and first appeared in writing in 1650 as “It is always darkest just before the Day dawneth”, in A Pisgah-Sight Of Palestine And The Confines Thereof, a book by the English theologian and historian Thomas Fuller. It is not known if Fuller coined it, or if he was recording a piece of folk wisdom.

In 1859 Samuel Lover wrote in his book Songs and Ballads that this idiom was popular among the Irish peasantry, who said “Remember that the darkest hour of all. is the hour before day” [source]

Are there equivalents of this idiom in other languages? 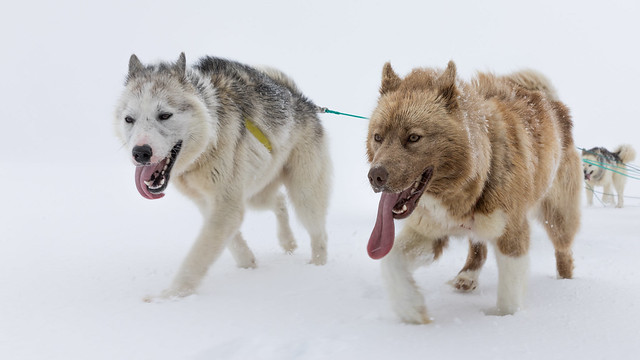 In Welsh you might say that you’re working ‘to the marrow of your bones’ – gweithio hyd fêr dy esgyrn, which means to work for hard, or to overwork.

One equvialent in French is travailler comme un acharné (‘working like a relentless person’).

Last night I wrote a song called Two Left Feet, about someone who believes he can’t dance because he has two left feet – not literally, but in the idiomatic sense of being clumsy and awkward, especally when trying to dance.

I used to feel like this, and still do a bit when I try to learn new dances, or different styles of dancing. I don’t let this stop me though, and dance anyway, which is what the song is all about. I’ll add a link to the song here when I’ve recorded it.

I like to translate the titles of my songs and tunes into Welsh, so I looked for Welsh equivalents of this idiom. These include:

Trwstan and Lloglog might be good names for characters in a story or song – maybe I’ll use them in my next song.

Incidentally, trwstan is not related to the name Tristan, which comes, via Old French, from the Celtic name Drystan, from drest (riot, tumult).

Other Welsh words for clumsy and awkward include:

The word awkward comes from the awk, an old word meaning odd, wrong, clumsy or uncomfortable, and the adjectival suffix -ward.

What connection is there between cats and porridge?

Well in Swedish, att gå som katten kring het gröt (“to walk like the cat around hot porridge”) means that you are not getting to the point, beating around the bush, stalling, avoiding talking directly about something sensitive or unpleasant, approaching something indirectly and cautiously, walking on egg shells, pussyfooting around, or wasting time.

Some examples of how this phrase is used:

Similar idioms involving cats and porridge are found in a number of other languages:

These are all equivalents of to beat around the bush.

The English idiom to beat around the bush was first used in writing in 1572, and referred to the practise of beating bushes in order to flush out game animals [source].

Some other cat-related idioms

Sources: Idioms of the world, Reverso

Do you know other cat- or porridge-related idioms?

When something comes out of left field, it is comes from an unexpected place or direction, or is surprising or unexpected, and something that is left field is uncommon, unpopular or strange [source].

This phrase comes from baseball and refers to the left side of a baseball field, although why something coming from this part of the field is unexpected or surprising is uncertain, according to Know Your Phrase.

More about the possible origins of this phrase. Another way to say that something is unexpected is that it came out of the blue, which apparently comes from the phrase a bolt out of / from the blue. This refers to the unlikelyhood of lightening coming out of a clear blue sky (another version of the idiom).

In French an equivalent of like a bolt out of the blue is comme un cheveu sur la soupe (like a hair on the soup) [source], although I don’t know why. A hair in your soup is more likely than lightening from a clear blue sky, I would think.

Are there interesting equivalents of these phrases in other languages?