Gunjala Gondi is a an abugida or consonant alphabet used to write Gondi, a Central Dravidian language spoken mainly in the Indian states of Telangana, Maharashtra and Madhya Pradesh.

In 2006 a team of researchers from the University of Hyderabad led by Professor Jayadheer Tirumala Rao found a number of manuscripts dating from about 1750 in Gunjala, a village in Adilabad district of Telangana state in central India. The manuscripts were written in an unknown script which they named Gunjala Gondi. Later they found that a few elderly people could read the script and that it was used to write Gondi. They revealed their discoveries in 2014, a font was made, and the script was added to Unicode in 2018.

About 80 people have learnt to read and write the script, and they are writing stories in it. A number of books have been published in Gunjala Gondi, and it is being taught in some schools in Andhra Pradesh. 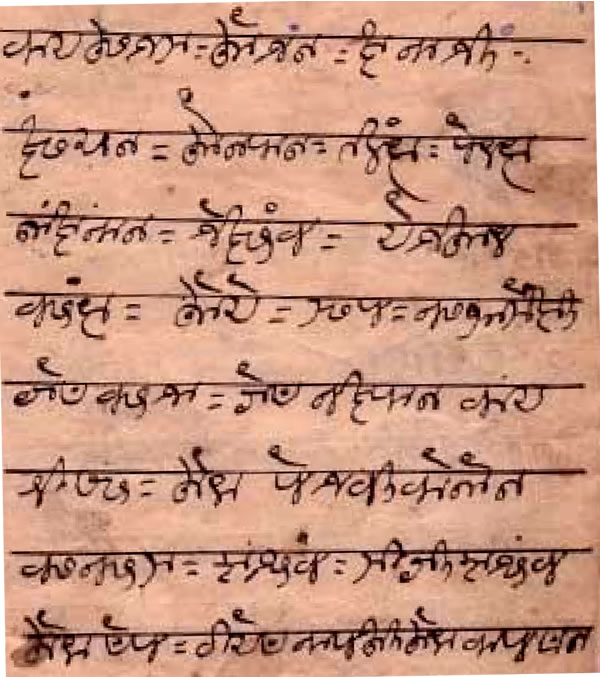