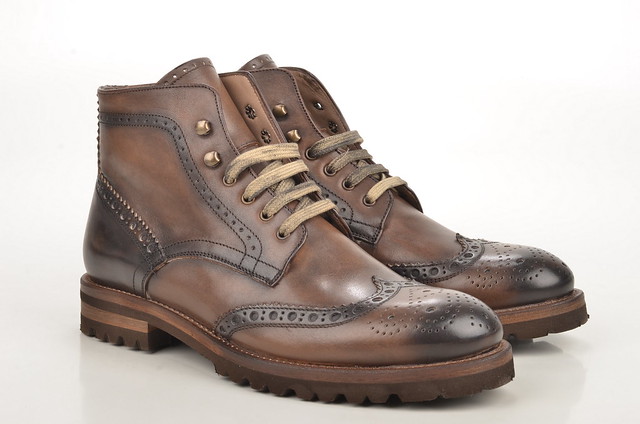 Etymology: from the Old Norse brók (trousers, breeches) or the Old English brōc (underpants), both of which come from the Proto-Germanic *brōks (rear end, rump, leggings, pants, trousers), from the PIE *bʰreg- (to break, crack, split) [source].

The English word brogue was borrowed from Irish and refers to a type of shoe, or a strong accent, particularly a strong Irish accent when speaking English, although it originally referred to Irish spoken with a strong English accent, or a heavy shoe of untanned leather.

Etymology: the Welsh words were borrowed from Irish. The words in the other languages possibly come from the Middle Irish cúar (curved, bent, crooked) from the Proto-Celtic *kukro- (curved), from the Proto-Indo-European *kewk- (to elevate, height) [source].

Etymology: (via English) from the Old French bote (boot), from the Frankish *butt, from Proto-Germanic *but(t)az (cut off, short, numb, blunt), from Proto-Indo-European *bʰewt-/*bʰewd- (to strike, push, shock”) [source].

Words for gloves, sleeves and related things in Celtic languages: 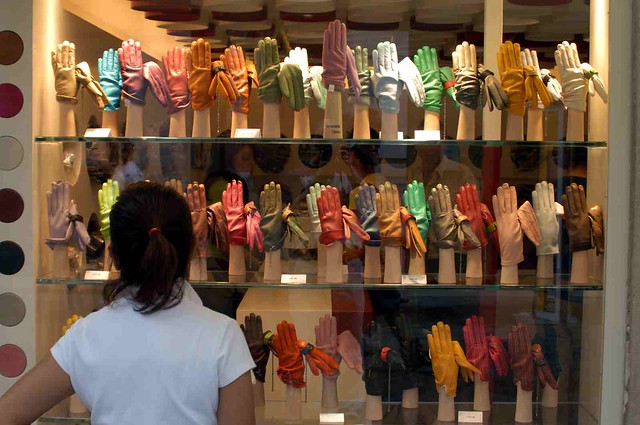 Etymology: from the Latin manica (long sleeve of a tunic, manacles, handcuffs), from manus (hand) [source].

Etymology: from the Proto-Celtic *ɸlāmā (see above).