It seems that a new year, and indeed a new decade has started, so Happy New Year / Decade!

I’ve noticed that some people are looking back at what they’ve done / achieved, etc over the past decade, so I thought I’d do something similar.

Back in 2009 I was studying for an MA in Linguistics at Bangor University, while working on Omniglot in my spare time, and writing for a couple of other websites. I finished my course in September of that year, though didn’t officially graduate until the following year, and have been working full-time on Omniglot since then.

Over the past decade Omniglot has grown quite a bit – I add something new, or make improvements, almost every day. The site now contains:

Since 2009 Omniglot has been visited by 176 million people, who have made 234 milion visits and viewed 407 million pages. There have been visitors every single country and territory, even Antarctica and North Korea. The top ten countries vistors come from are USA, India, UK, Canada, Philippines, Australia, Germany, Malaysia, Singapore and South Africa. The most spoken languages of visitors are: English, French, German, Spanish, Portuguese (Brazilian), Dutch, Russian, Chinese and Polish.

Over the past decade I’ve studied and dabbled with a few languages, including: Breton, BSL, Cornish, Czech, Danish, Dutch, Esperanto, Icelandic, Irish, Latin, Manx, Romanian, Russian, Scots, Scottish Gaelic, Serbian, Slovak, Slovenian, Spanish, Swedish and Toki Pona. I also started creating my own language: Laala, and made some con-scripts such as Crymeddau and Curvetic.

Every summer I’ve been to Ireland to do courses in Irish language, traditional Irish songs, harp and/or bodhrán playing. I’ve also been to Scotland quite a few times to do courses in Scottish Gaelic songs.

In 2012 I started writing songs and tunes, and have written quite a few since then, especially in 2019, when I wrote a new song almost every month and several new tunes. I also started to write out the music for my tunes and songs, and to make new arrangements of them.

The first song I wrote was The Elephant Song, which came to me after going to a poetry writing workshop.

I haven’t made a good recording of my most recent song, but here’s one I wrote in November / December 2019:

Since 2014 I’ve been to a number of polyglot events, including the Polyglot Gathering and the Polyglot Conference. At most of these I’ve given talks or run workshops. 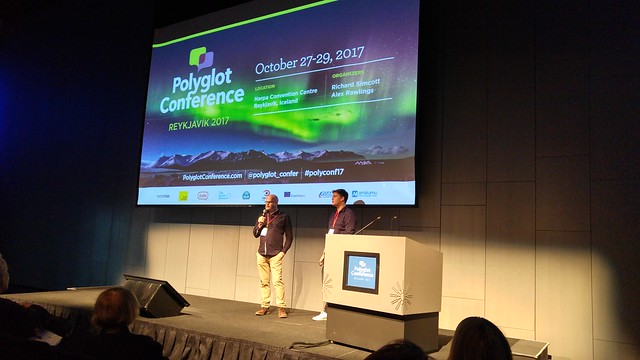 In 2018 I started the Radio Omniglot Podcast, and have made 27 episodes so far. I try to make two episodes per month, but don’t always manage it.

In 2018 I also launched the Celtiadur, a collection of Celtic cognates, where I explore links between modern and ancient Celtic languages. This is an extension of the Celtic Cognates section on Omniglot.

Wow! Putting it together like this makes me realise that I haven’t been entirely idle.

This is a little video I made featuring a couple of simple dialogues in Serbian. I started learning Serbian this week in preparation for the Polyglot Conference in Novi Sad in Serbia in October – I try to learn at least a little of the language of any country I visit – and I plan to make more videos like this to practise using what I’m learning.

Yesterday was a fairly typical day with a bit of work in the morning, and I practised the piano, guitar and other instruments in the afternoon, and learnt a bit more Breton. In the evening I read and watched a television programme online. This evening there were three of us in the polyglot group and we talked mainly in Welsh and French. After that I went to Global Café, a group for international students and locals students, and others, and I met lots of different people and had opportunities to speak many languages, including Mandarin, Cantonese, French, Italian, Spanish and German.