In this episode we’re looking at words for horses and related beasts. 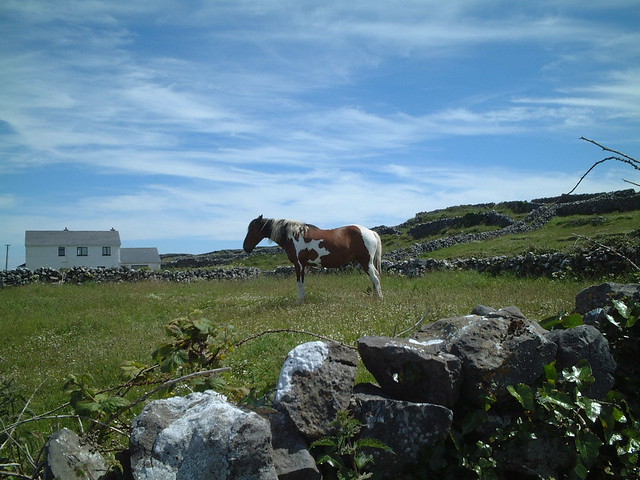 One Proto-Celtic word for horse was *kaballos, which possibly comes from an Asiatic source, and may ultimately come from the Proto-Indo-European *kebʰ- (worn-out horse, nag) [source].

The Gaulish word *caballos was borrowed into Latin as caballus. In Classical Latin it was only used in poetry, while equus was the usual word for horse. In Vulgar Latin and Late Latin caballus was more commonly used, and mean a horse, nag, pack-horse, jade or hack.

Another Proto-Celtic word for horse was *ekʷos, which comes from the Proto-Indo-European *h₁éḱwos (stallion, horse) [source].

The English words equine, equestrian come from the same PIE root, via Latin [source], as do words beginning with hippo-, such as hippopotamus, hippodrome and hippomancy (divination by the interpretation of the appearance and behaviour of horses) the via Ancient Greek [source].

Another Proto-Celtic word for horse was *markos, which possibly comes from the Proto-Indo-European *márkos (horse) [source].

The English words mare and marshal possibly come from the same roots [source].