Today we’re looking into the origins of the word salt. 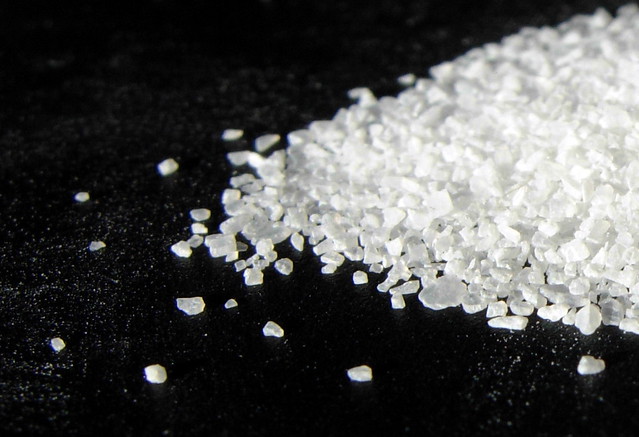 In most modern Indo-European languages, words for salt begin with an s and contain an l, including sel in French, sal in Catalan, Spanish, Galician, Portuguese and Spanish, sollan in Manx, and sól [sul] in Polish. [source].

The word salary, comes from the same PIE root, via Middle English salarie, Old French salaire and the Latin salārium (salary), from salārius (related to salt), from sal (salt). It is thought that salārium was an abbreviation of salārium argentum (salt money), as Roman soldiers were sometimes paid in salt. However, there is no evidence for this [source].