Words for wave and related things in Celtic languages. 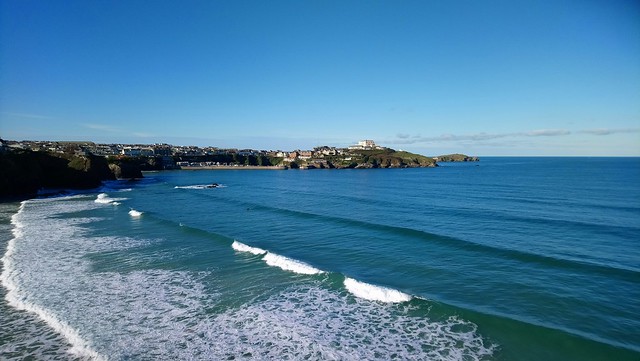 The the Proto-Celtic *tondā (surface, skin) is the root of the Gaulish *tondā, from which we get tonn (surface, skin) in Irish, tonn (skin, hide) in Scottish Gaelic, ton (turf, sod, sward, surface) in Welsh, ton (unploughed land, meadow) in Cornish, and tonn (rind, dermis, surface) in Breton.

It was borrowed into Latin as tunna / tonna (tun [a large cask], box), which became tonne (tonne, ton) in French, which was borrowed into English as tonne (a unit of mass equal to 1000kg; a score of 100 in darts) [source].