In this episode we are looking into words for swan. 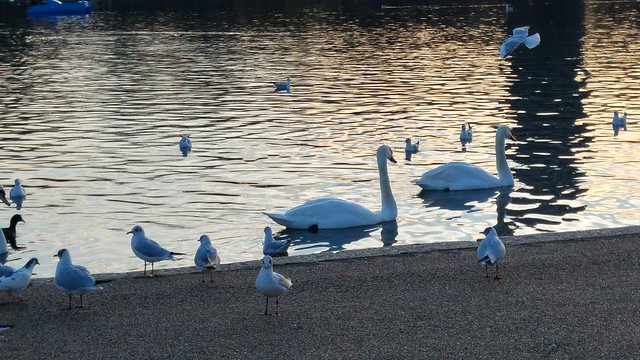 In Proto-Celtic word for swan was *eli-, which comes from the Proto-Indo-European *h₁el- (swan, bird, waterfowl) [Source].

Words from the same Proto-Celtic root include alondra (lark) in Spanish, alouette (lark) in French, and allodola (skylark) in Italian. They were probably borrowed from the Gaulish alauda (skylark), from ala (swan) [Source].

Other words from the PIE root *h₁el- include auk in English, olor (swan) in Latin, alke (auk) in Danish and Norwegian, and álka (razorbill) in Faroese and Icelandic [Source].

More details of words for swan in Celtic languages can be found on the Celtiadur, a blog where I explore connections between Celtic languages in more depth. I also write about words, etymology and other language-related topics on the Omniglot Blog.