In this episode we’re looking at words for person, human and related things. 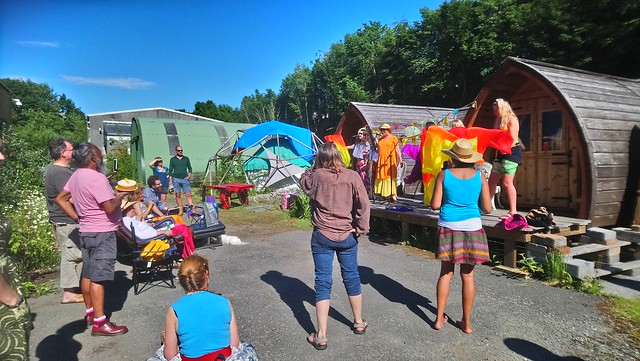 In Proto-Celtic a word for person was *gdonyos, which comes from the Proto-Indo-European *dʰéǵʰom-yo- (earthling, human), from *dʰéǵʰōm (earth, human) [source].

Descendents in the modern Celtic languages include:

Other words from the same PIE root include: human, humus, bridegroom in English; goom, an old word for man in northern English dialects and Scots; gumi, a poetic word for a man in Icelandic, and hombre (man, husband) in Spanish [source].

Incidentally, the English word dean is not related to these words – it comes from the Middle English de(e)n (dean), from the Anglo-Norman deen and from the Old French deien, from Latin decānus (chief of ten people, dean), from decem (ten) and -ānus (of or pertaining to) [source].

Words for man and people in some Native American languages sound similar to, though are not related to these Celtic words. For example, diné (person, man, people) in Navajo comes from di- (thematic prefix relating to action performed with the arms and legs) and -né (man, person) [source].

There are also words for people in Celtic languages that were borrowed from the Latin populus (people, nation, community):