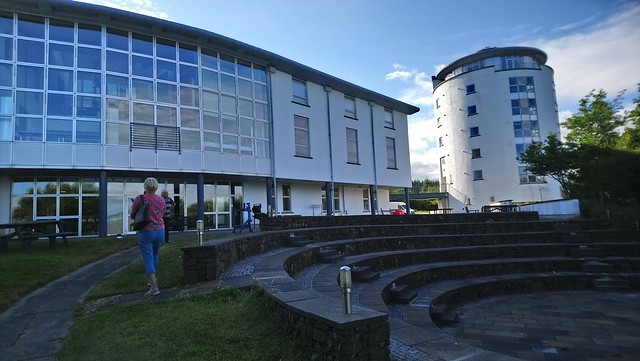 Today we are exploring origins of the word campus.

Words from the same roots include camp, campaign and champagne in English, campo (field) in Italian, campo (country(side), field) in Portuguese, and champ (field) in French [source].

The southern Italian region of Campania, the name of which comes from the Latin campus, was the source of bronze used to make bells, which were known as campāna in Latin Latin. This comes from Campāna (of Campania) [source].