In this episode we’re looking at words for bards, poets and related people. 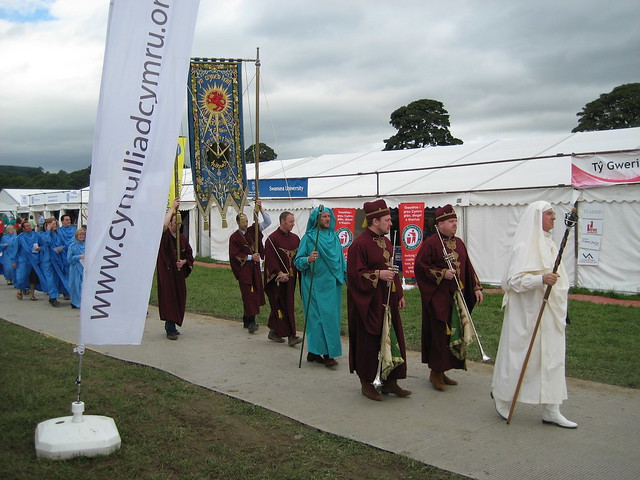 In Proto-Celtic one word for bard was *bardos, which comes from the Proto-Indo-European *gʷr̥dʰh₁-ó-s from *gʷerH- (to express approval, praise, elevate) [source].

The English word bard was borrowed from Scottish Gaelic in the 15th century. The Proto-Celtic word *bardos was borrowed into Latin as bardus (bard), which became barde in French and bardo in Italian, Spanish and Portuguese [source]

Descendants in modern Celtic languages include:

Words for to see in Welsh (gweld), Cornish (gweles) and Breton (gwelet) come from the Proto-Celtic *weleti, as to parts of the verb to be in Irish (bhfuil), Scottish Gaelic (bheil) and Manx (vel) – apparently they came from the imperative form of the verb and the meaning shifted from “see!” to “there is” to “is” [source].

The Swedish word leta (to search, look for) comes from the same PIE root, as does the word lait (to seek, search for, inquire), which is or was found in some UK dialects of English [source].