Today we’re investigating the origins of the word sneeze. 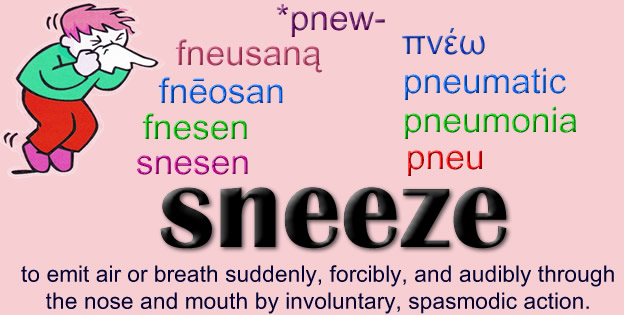 A related word in Middle English was fnesy [fneːziː] (having a tendency to wheeze or sneeze) [source]. Other words that began with fn in Middle Engilsh included fnoren and fnorten which became snore and snort in Modern English.

Words from the PIE root *pnew- include pneumatic and pneumonia in English, pneu (tyre/tire) in French, and πνέω [ˈpne.o] (to blow) in Greek [source].