Today we’re looking into the origins of the word nepotism. 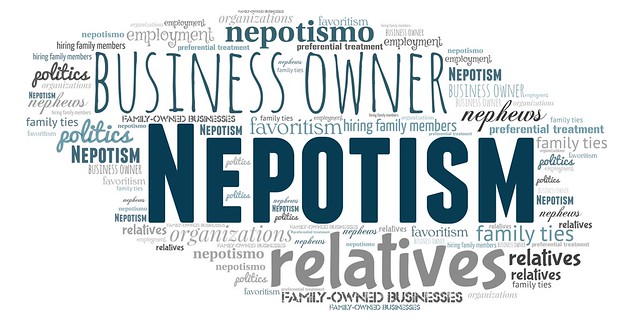 Apparently during the Middle Ages and Renaissance, popes liked to appoint relatives (especially nephews – a euphemism for their natural sons) as cardinals, and this practice became known as nepotism [source].