Yesterday while looking into Celtic words bear, I found some interesting ones in the Goidelic languages: mathúin [ˈmˠahuːnʲ] in Irish, mathan [ˈmahan] in Scottish Gaelic and maghouin in Manx. These come from the Old Irish mathgamain [ˈmaθɣəṽənʲ], from math (good) and gamuin (calf).

So bears were called “good calves” – this is possibly an example of taboo naming, that is using an alternative name for a dangerous animal rather than naming it directly, in the belief that this might it less likely to attack you.

There are no bears in the Anglo-Celtic Isles these days, except in zoos, but there were bears in Britain and Ireland until about 3,000 years ago. The Celtic languages were spoken back then.

I’ve written about words for bears in other European languages before here. In Slavic languages, for example, bears are “honey eaters” – медведь in Russian. 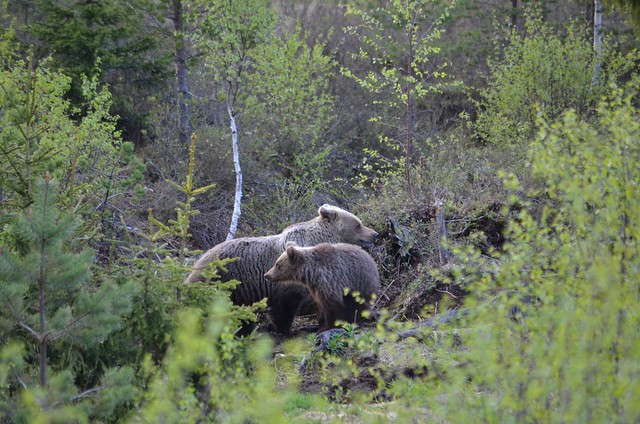 One thought on “Good Calves”