As I recorded this episode 21st December, I decided to look at the meanings and origins of some seasonal words. 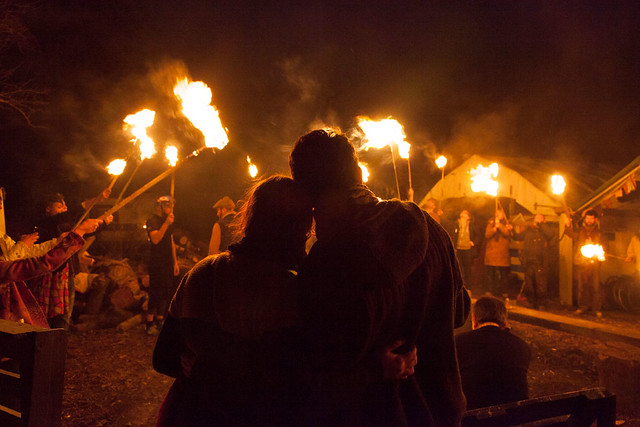 Sāturnālia [ˈsɒl.stɪs/ˈsɑl.stɪs] – an ancient Roman holiday honouring Saturn, the Roman of fertility and agriculture. It began on 17th December and was originally a one-day celebration. That was extended to three days during the 2nd century BC, and later extended to seven days [source].

During this time work stopped, and businesses, schools and courts were closed. Slaves were given time off and were served by their masters. People wore colourful clothes, decorated their houses with green branches and other things, gave each other gifts, and spent time with their families and friends eating, drinking, singing, making music, gambling and generally having a good time [source].

December is the 12th month of the year, but in the Roman calendar it was the tenth month, and the word December comes from the Latin decem (10) [source].