An interesting Danish word I learnt this week is skovtur, which means a picnic or outing, according to bab.la, or a “picnic (social gathering), not necessarily in a forest”, according to Wiktionary. 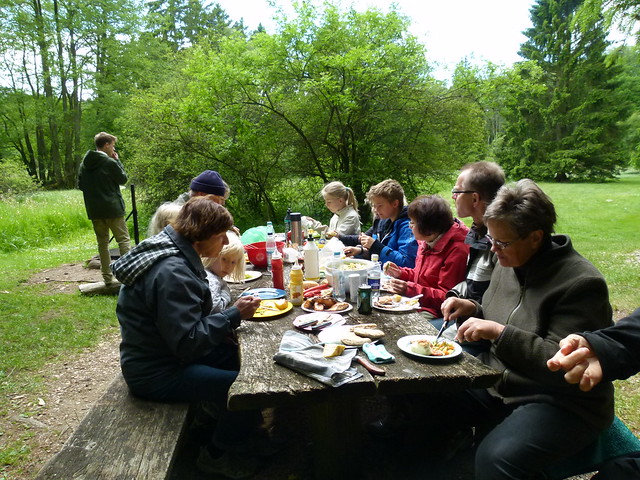 Wiktionary mentions a forest because this word is a portmanteau of skov (forest, woods), and tur (turn, trip, journey, walk, move, tour, stroll, outing). So it could be poetically translated at “forest trip/outing”. This gives me the idea that picnics in Denmark often take place in forests, or at least did in the past. Is this true? Er det sandt?

The word skov comes from the Old Norse skógr (wood, forest), from the Proto-Germanic *skōgaz (forest, wood), which is also the root of the word scaw / skaw (promontry) in some English dialects. The name of England’s highest mountain, Scafell Pike (formerly Scawfell), includes it, for example.

The word picnic is also used in Danish. It comes, via English, from the French pique-nique, from piquer (to pick) and nique (small thing) [source].

Do other languages have interesting words for picnics?