One of the Danish words I learnt recently is bruser, which means shower. It’s very different to words for shower in other Germanic languages I know, such as dusch in Swedish, and Dusche in German, so I thought I’d investigate it. 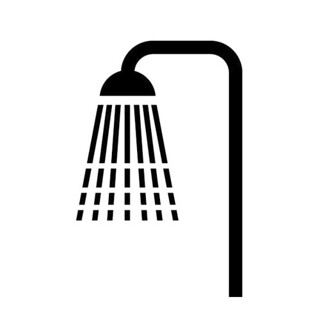 As well as meaning shower, bruser also means sprayer or rose (of a watering can). Another word for shower is brusebad (“shower-bath”). The verb bruse means to fizz, cascade, effervesce, rush, roar or murmur.

In Swedish there is a similar word: brusa, which means to make noise (like waves, wind, streaming water). While in Norwegian brusa means to fizz (emit bubbles, foam, make a fizzing or rushing sound), or to puff up ones feathers.

These words were borrowed from the Middle Low German brûsen (to roar, skim), which is thought to be of onomatopoeic origin.

The Swedish word dusch, the German Dusche, and the Norwegian dusj, come from the French douche (shower), from the Italian doccia (shower, drainpipe, plaster cast), from the Latin ductus (lead, guided), from dūcō (I lead, guide). This is also the root of the English words duct and duke.