Today we’re looking into the origins of the word paint.

In Old English the word for paint was tēafor [ˈtæ͜ɑː.vor], which became tiver (a kind of ochre used for marking sheep in some parts of England). It comes from the Proto-Germanic *taubrą (magic, sorcery), which is the root of the German word Zauber (magic, spell) [source].

I chose this word as my new studio is currently being painted. 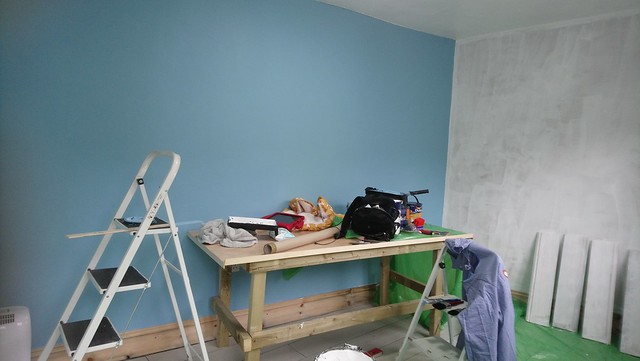