In Spanish the word llama has several different meanings. As well as being a domesticated South American camelid of the genus Lama glama, it also a flame, and means “he/she/it calls”, or in other words the third person singular present tense form of the verb llamar (to summon, call, knock, ring). Each version of llama comes from a different root [source].

The animal llama [ˈʎama] comes from the the Quechua word llama. Other members of the genus lama include: 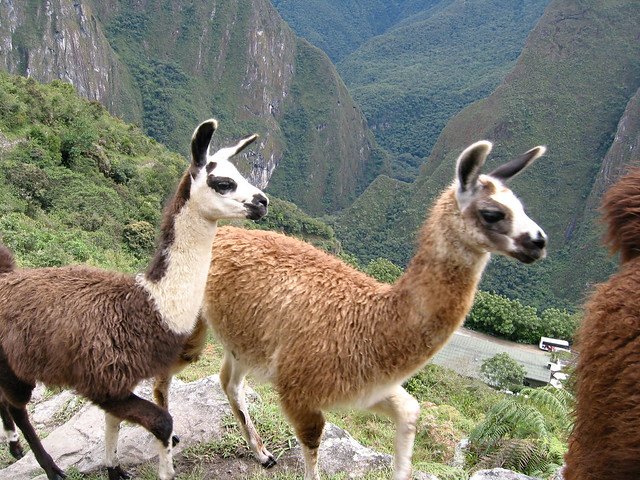 The flaming version of llama, which is pronounced [ˈʝama/ˈɟ͡ʝa.ma], is an alternative version of flama (flame), and comes from the Latin flamma (flame, fire), from the Proto-Italic *flagmā, from Proto-Indo-European *bʰlē- (to shimmer, gleam, shine) [source]. 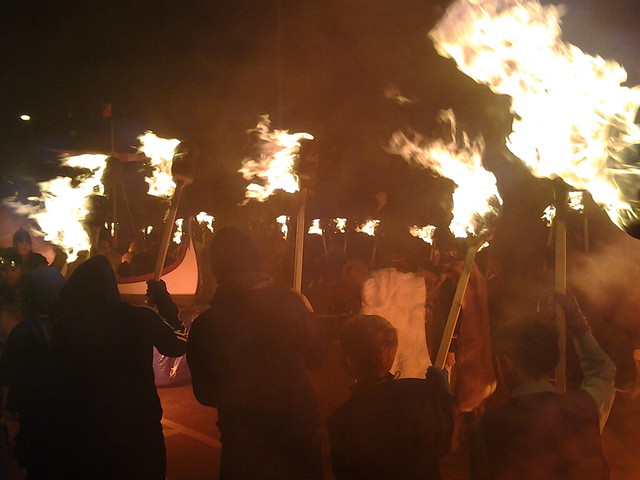 Some English words from the same root include flame, flambé and flagrant.

Llamar [ʝaˈmaɾ/ɟ͡ʝaˈmaɾ] (to summon, call, etc) comes from the Old Spanish lamar, from the Latin clāmāre, from clamō (cry out, clamer, yell, shout), from the Proto-Indo-European *kelh₁- (to shout) [source].

Words from the same root include acclaim, claim, clamour, council and haul [source].

When I see words beginning with a double l, which are quite common in Spanish, I have to stop myself giving them a Welsh pronounciation [ɬ]. There is in fact a Welsh word which resembles llama – llamu, which means to jump, leap, bound, spring. It comes from the Proto-Celtic word *lanxsman (jump), from the Proto-Indo-European *h₁lengʷʰ- (light; move lightly) [source]. The Welsh for llama is lama, by the way.