A interesting French idiom I came across recently is rôtir le balai, which literally means “to roast the broom/brush”. Originally it meant to live in poverty – such poverty that your are reduced to burning your broom to keep warm. Later it came to mean “to lead a miserable life, or vegetate in mediocrity” and also “to live a life of debauchery” – usually when referring to a woman [source]. 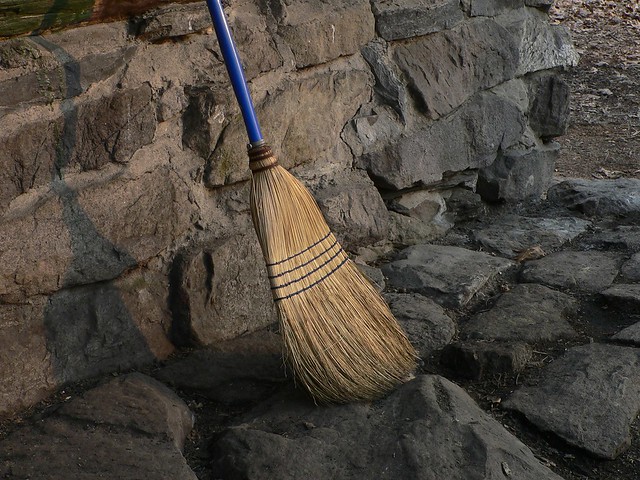 The word balai [ba.lɛ] means broom, broomstick, brush, or blade (of a windscreen wiper), and also is a slang term for years (of age) [source]. Some words and phrases it appears in include:

Balai comes from the Old French balain (a bundle of broom twigs), from the Gaulish balatno (broom (shrub)) from the Proto-Celtic *banatlom (broom). Words from the same root include the Breton balan (broom), the Cornish banadhel (broom), the Welsh banadl (broom), the Spanish bálago (straw; Spanish broom (Spartium junceum) [source].

The broom shrub here is the common broom or Scotch broom (Cytisus scoparius), a perennial leguminous shrub native to western and central Europe, which can be used to make brooms (for sweeping) [source]. 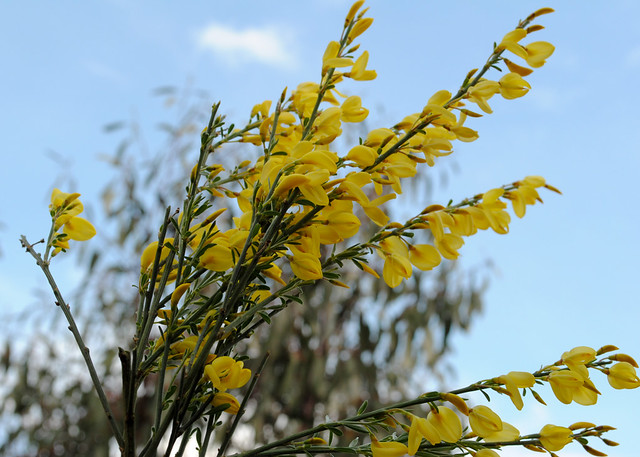 Incidentally, the Chinese character 妇 [婦] (fù), which means married woman, woman or wife, developed from pictograms of a woman and a broom. Originally the woman was on the right and the broom on the left, but at some point they switched sides source].

Do you know any other broom-related idioms?

2 thoughts on “Roasting the Broom”