The Sabaean or Sabaic alphabet is one of the south Arabian alphabets. The oldest known inscriptions in this alphabet date from about 500 BC. Its origins are not known, though one theory is that it developed from the Byblos alphabet. The Sabaean alphabet is thought to have evolved into the Ethiopic script.

Sabaean, an extinct Semitic language once spoken in Saba, the biblical Sheba, in southern Arabia. 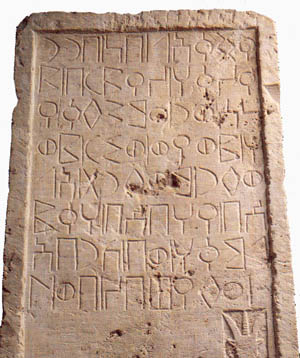