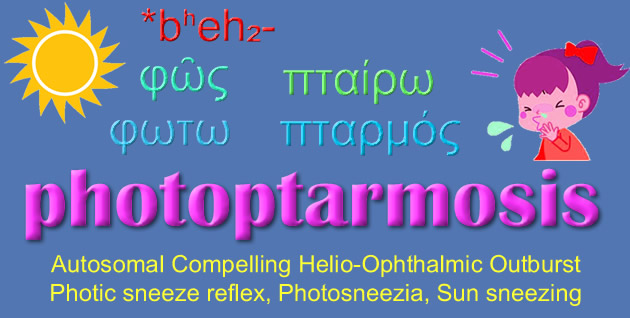 Do you sometimes sneeze when you see the sun or when you are exposed to another bright light? If so, you, like me, might have:

The word φῶς (phôs), is the Attic form of φᾰ́ος (pháos -light, daylight, a day), which comes from the PIE *bʰéh₂os, from *bʰeh₂- (shine). [source].

The first part of the word phosphorus comes from the same Ancient Greek root (φῶς), while the second part comes from φέρω (phérō – to bear, carry), so phosphorus is “the bearer of light” [source].

Incidentally, the word Pharaoh, as in a supreme ruler of Ancient Egypt, comes from the Ancient Egyptian words pr ꜥꜣ [pɛr ɑːʔɑ] (palace, pharaoh), or literally “great/big house”, and has nothing to do with light, but Φάρος (Pháros) does – it was the Lighthouse of Alexandria and one of the 7 Wonders of the Ancient World [source]. 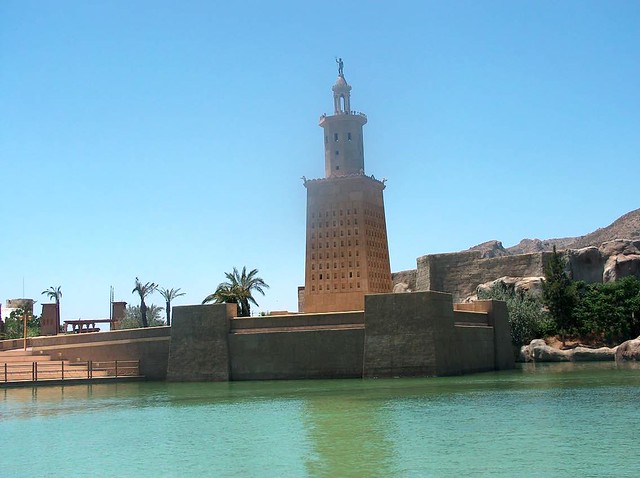 The word πταρμός (ptarmós – sneeze), comes from πτάρνυμαι (ptárnumai – to sneeze), and is the root of the English words ptarmic (a substance, such as pepper or snuff, that causes sneezing) and ptarmoscopy (the divinatory interpretation of sneezes) [source].