Today we’re looking into the origins of the word circus. 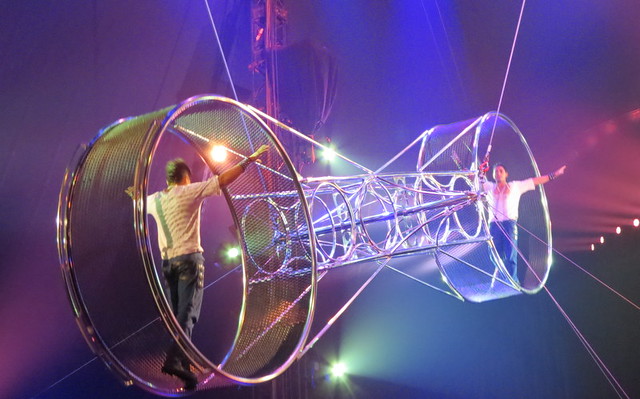 In Old English the word for circus was hringsetl [ˈr̥iŋɡˌsetl], from hring (ring) and setl (residence, seat, bench, throne). This was replaced by circus in about the 14th century [source].

At first circus referred to ancient Roman ampitheatres or buildings used for chariot races. By the early 18th century it meant buildings arranged in a ring or a circular road, as in Piccadilly Circus, and by the late 18th century it refered to an arena for performances of acrobatics, horsemanship etc,and later extented to refer to the performers and their performance [source].

One thought on “Adventures in Etymology – Circus”