Today we’re looking into the strange and unusual origins of the word bizarre. 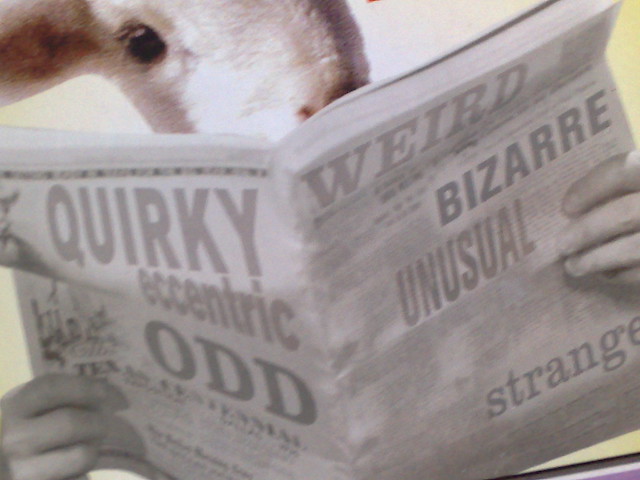 It comes from the French bizarre [bi.zaʁ] (odd, peculiar, bizarre), either from the Basque bizar [bis̻ar] (beard), or from the Italian bizzarro [bidˈd͡zar.ro] (odd, queer, eccentric, bizarre, weird, frisky), possibly from bizza (tantrum), from the German beißen [ˈbaɪ̯sən] (to bite) [source].

In French backslang (Verlan), bizarre becomes zarbi [source] and features in the expression On est tous un peu zarbi(tes) (We’re all a little freaky), or as they as in northern England, There’s nowt so queer as folk [source].