There are two new constructed scripts on Omniglot this week: Tainonaíki, which was invented by Javier A. Hernández as a way to write his reconstructed version of the Taino language, and Khoh, a way to write Terengganu Malay devised by Amir Syafiq.

There are new language pages in:

The Celtiadur post this week is about words for Bark and Beehives in Celtic languages.

This week on the Omniglot blog there’s a post about the Japanese word Otaku (nerd/geek), and a post about reaching 1,600 languages on Omniglot, and the usual Language Quiz.

The mystery language in last week’s language quiz was Gorontalo (Bahasa Hulontalo), a Philippine language spoken in the provinces of Gorontalo and Northern Sulawesi in Indonesia.

This week’s Adventure in Etymology is rather ridiculous and absurd and looks at the origins of the word silly. 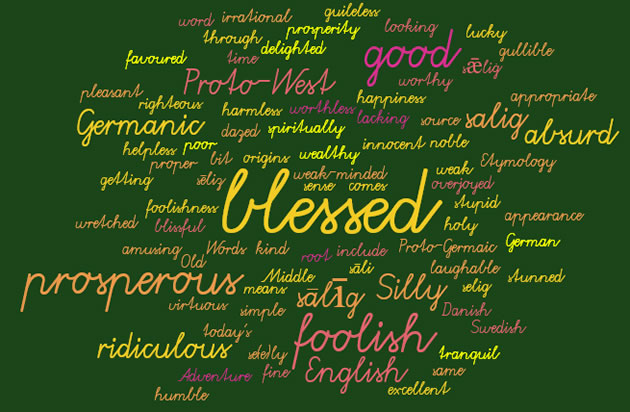