One of the Japanese words I learnt recently is オタク (otaku), which can be translated as geek, nerd or enthusiast, according to jisho, and which has been borrowed into English to mean someone who is keen on manga (漫画), anime (アニメ), etc. 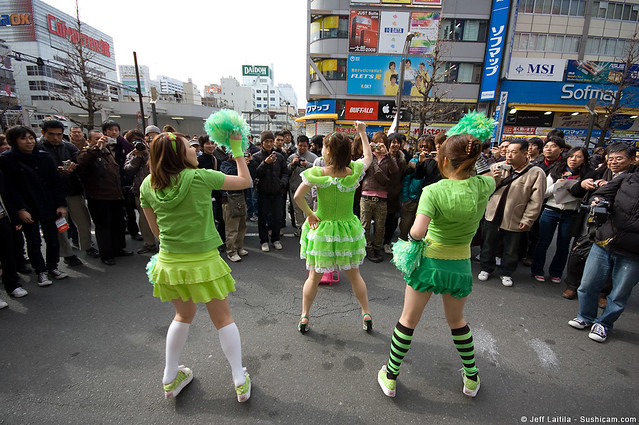 It comes from an honorific form of you, お宅 (otaku), and became popular in the 1970s and 1980s as a way for fans of manga and anime to address to each other. A 1983 article by Akio Nakamori (中森明夫) in Manga Burikko (漫画ブリッコ) called Otaku no Kenkyū (おたくの研究), or Otaku Research, popularized it, and gave it a derisive and insulting meaning as the article was very critical of otaku subculture. Thanks to a serial killer in the late 80s nicknamed the Otaku Murderer, who had a large collection of anime and manga, it gained further negative connotations.

Today otaku is considered an insult in Japanese and is used to refer to people with an unhealthy obbession with anime and manga. However, it doesn’t appear to be used in this way in my Duolingo Japanese lessons, so perhaps some people are proud to call themselves otaku, like some people (including me) proudly call themselves geeks or nerds.

There are different kinds of otaku with interests in various things such as manga, travel, computers, video games, cars, anime, phones, cameras, fashion or trains. You’re most likely to spot them in the wild in Akihabara (秋葉原) and Ikebukuro (池袋) in Tokyo.

In the West otaku apparently has few if any negative connotations and is used to used by fans of Japanese, Korean and other East Asian popular culture. Some might define otaku as meaning “reclusive and potentially dangerous” while to others it means “mostly harmless and quirky”.

The word お宅 (otaku) is a honorific / respectful form of you, and also can refer to your house, home, family, husband or organization. 宅 (taku) on its own means (one’s) house, (one’s) home or one’s husband. Unusually 宅 only has one pronunciation – most Japanese kanji have two or more. The お (o) is an honorific suffix.

If you use otaku, what does it mean to you?