An interesting Japanese expression I came across today is 客寄せパンダ (kyakuyose panda), which means a star attraction, draw card or crowd puller, or literally “visitor-gathering-panda” [source]. Originally it referred to pandas, which tend to be popular attractions in zoos and pull in many visitors, and came to refer to other crowd pulling attractions [source]. 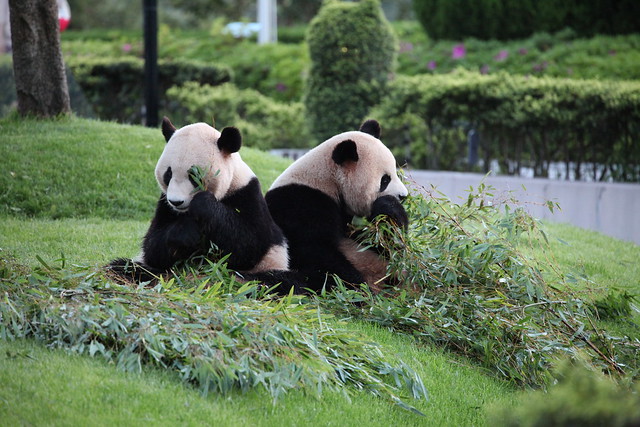 客寄せパンダ is made up of words of Chinese, Japanese and English origin and is an example of 混種語 (konshugo), or a hybrid word that combines elements from several languages.

The English word panda was borrowed from French, which possibly comes from nigálya-pónya, a name for the red panda used in Nepal and Sikkim, which may come from the Nepali निँगाले (nĩgāle – a species of bamboo), and the Tibetan name for the same animal: ཕོ་ཉ (pho nya, or literally “messenger”) – quite a hyrid word [source]. 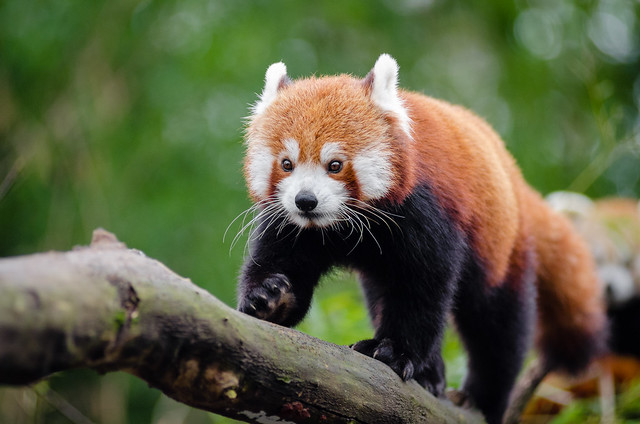 Here’s a piece of calligraphy sent in by a visitor to Omniglot who would like to know what it means. Close-up of the red writing:

It appears to be a form of Tibetan calligraphy, possibly the Drucha style.

A mobile phone which can send and receive text messages in Tibetan has been developed in China, according to this report. Such phones have apparently existed for a few years, but the new phone is a bit different as it can recognise handwritten input in Tibetan.

A useful Tibetan-related site I came across today is a English-Tibetan dictionary, which displays the Tibetan words in Wylie transliteration and in the Tibetan script.

Are any of you learning Tibetan?