Do you tend to leave things to the last minute, and then scramble around frantically trying to get them done in time?

I certainly have been known to do this on occasion. For example, for nearly two years, I’ve been meeting with a few friends once a month to share songs we’re working on. During this time I’ve written a new song every month, and often do so in the few days before we meet. I may have various ideas for songs before then, but don’t usually do much with them until the last minute. In this case, I find that having the monthly deadline of our meetings helps.

Before this group started meeting, I wrote songs when I felt inspired – sometimes I’d write several in a month, and at other times I didn’t write anything for ages.

What I indulge in could be called a charet(te), or “a period of intense work, especially group work undertaken to meet a deadline” [source], a word that comes from the Old French charrete (chariot).

The sense of last-minute work apparently comes from the practice of students at the École de Beaux-Arts (School of Fine Arts) in Paris working together furiously at the last minute to finish their termly projects, which would be collected on a charette, a small wheeled chart. They were said to be working en charette (“in the chart”), and the night before the deadline was known as la nuit de charette (“charette night”). Any work not on the charette was not accepted for assessment. The word and concept was borrowed into English in the mid-19th century [source]. 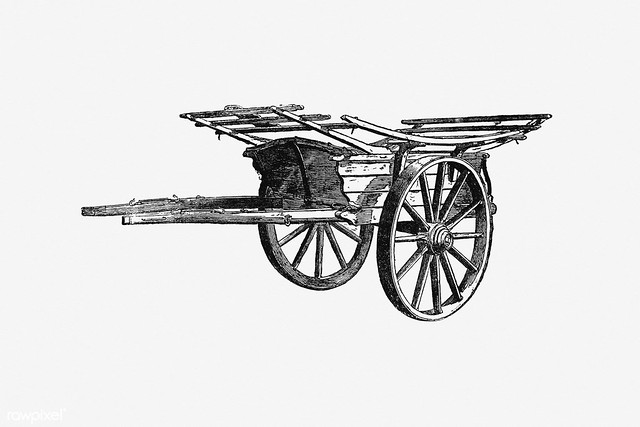 Do you find it helpful to have targets and deadlines, whether set by you or someone else?

I don’t usually set myself deadlines and targets when learning languages, unless I’m preparing for a particular trip, event or occasion.

One thought on “Procrastination Chariots”