50 years ago this week a longitudinal cohort study known as the 1970 British Cohort Study or BCS70 started. The aim was to follow the lives of as many as possible of the 17,287 people born in England, Wales and Scotland during that week (5-11 April). Similar studies were started before then, and have been started since.

BCS70 has collected information on health, physical, educational and social development, and economic circumstances, and so on. It has become a vital source of evidence on key policy areas such as social mobility, education, training and employment, and economic insecurity [source]. 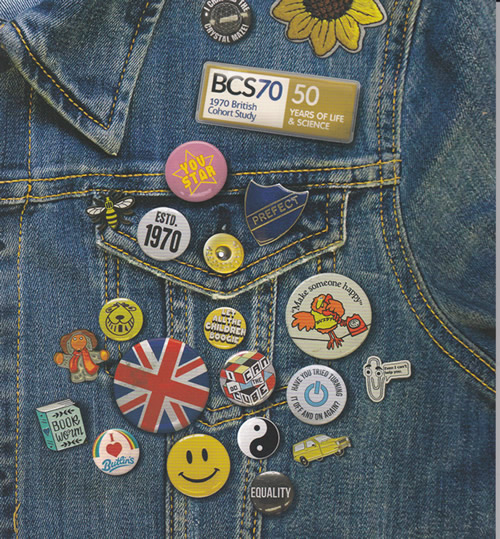 See some of the participants in BCS70:

Why am I telling you this?

Previously I knew only one other person who shared a birthday with me, and one with a birthday the day before. Recently the people at BCS70 set up a Facebook group for participants in the survery, and I found there are quite a few people with the same birthday as me.

It’s interesting to get to know them, and to share memories and stories. For example, it snowed on the day I was born, and quite a few other people in the group have said that there was snow on their birthdays as well. Today, by contrast, it started as a warm, sunny day, and is starting to cloud over as I write this.

Another interesting thing I’ve noticed in the group is that people are using their day of birth to refer to themselves. Today, for example, we 9ers are all wishing each other a happy birthday, yesterday it was the 8ers, and tomorrow will be the 10ers.

On this day in 1970 Paul McCartney apparently accounced the official break-up of the Beatles [source]. Other sources say it happened on 10th April. I had nothing to do with it.

The word cohort in this context means “A demographic grouping of people, especially those in a defined age group, or having a common characteristic” [source].

It comes from the Old French cohorte (cohort, a division of the Roman legion), from the Latin cohors (court; farmyard or enclosure; retinue; circle, crowd; tenth part of a legion; ship’s crew; bodyguard; military unit of 500 men), from co- (with) and hortus (garden) [source]

It comes from the Latin longitūdō (length, longitude), from longus (far, long) and -tūdō (-ness: suffix for forming nouns) [source]