Yesterday I went to Liverpool for an MRI scan, which was a rather noisy and uncomfortable experience that seemed to go on forvever. It’s a good thing I’m not claustrophobic, as there’s not much space in the scanner. I amused myself by imagining that the sounds of the scanner were music, and tried to work how many beats each one had and its pitch.

The scan was looking at my hemangioma, the benign tumour that makes my lower lip and tongue rather misshapen and swollen, and extends elsewhere – the scan will show where exactly. Perhaps I’ll write / talk more about that at another time.

Anyway, part of my journey on the train took me along the Wirral Line, which runs between Chester and Liverpool, and there are some interesting placenames along there that I thought I’d investigate.

The Wirral is a peninsula between the River Dee and the River Mersey. The name wirral [ˈwɪɹəl], which was first recorded as Wirhealum / Wirheale in early 10th century, means “(Place at) the nook(s) where bog-myrtle grows” or “myrtle corner”. It comes from the Old English wīr (myrtle) + halh (corner) [source], and the area was apparently once overgrown with bog myrtle (myrica gale).

The name Mersey apparently means “boundary river”, and comes from the Old English mære(s) (boundary) and ea (river) [source]. While Dee, as in the River Dee, comes from the old Brythonic word dēvā (River of the Goddess / Holy River), which was also what the Romans called Chester. The River Mersey was possibly once the boundary between the Kingdoms of Mercia and Northumbria, and the River Dee marked the border of the Kingdom of Gwynedd. 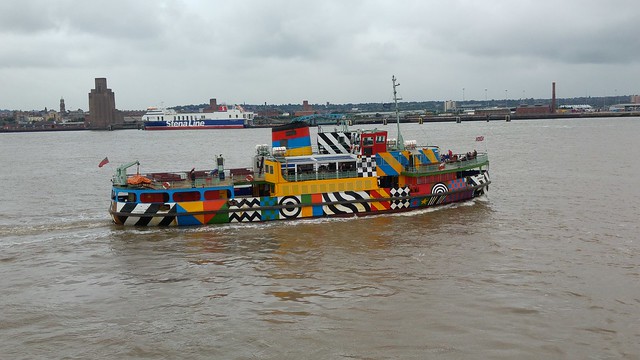 Another place along the way is Wallasey, a name that comes from the Old English walha (stranger, foreigner) and -ey (island, area of dry land). The word Wales also comes from walha, so Wallasey could mean ‘the island of strangers / foreigners / Welsh people’.

One thought on “Myrtle Corner”