Yesterday I came across a wonderful word – pongiste – which is apparently what a table tennis player is called in French.

There is a simliar word in English – ping-pongist – which refers to “one who plays or is enthusiastic about ping pong”. It’s marked as dated and rare, and I’ve never come across it before. Have you?

Table tennis was originally played as an after-dinner game by the upper classes in the 19th century Victorian England. Versions of the game were also played by British military officers in India in the 1860s and 1870s.

Another name for the game, whiff-whaff, was coined by Slazenger & Sons in 1900. Apparently whiff-whaff also means “the breathy sound of something rushing quickly; whoosh”.

In South Lancashire dialect, whiff-whaff can mean “nonsense, words or deeds of little import” or “unnecessary items or additions” [source]. 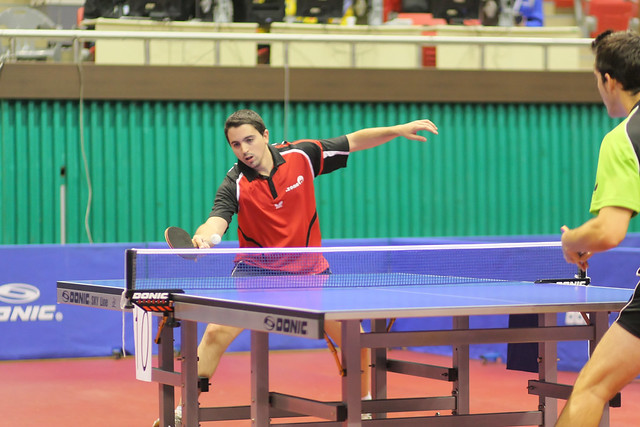