One of the songs we started to learn last night at Bangor Community Choir is a version of the Christmas carol Deck the Halls (With Boughs of Holly). It contains the line “Troll the ancient Yule-tide carol”, which got me thinking that maybe the word troll had a different meaning when this carol was written.

The melody of Deck the Halls comes from a 16th century Welsh tune, Nos Galan (New Year’s Eve). The English words were written by Thomas Oliphant, and were first published in 1862 in Welsh Melodies (Volume 2) by John Thomas. The line in question was “Troul the ancient Christmas carol” in the original version.

According to the Merriam-Webster dictionary, troll can mean:

According to Wiktionary, other meanings of troll include:

I think troll in the carol most likely refers to singing, rather any of the other definitions.

The noun troll comes from the Old Norse trǫll (witch, mage, conjurer), from the Proto-Germanic *truzlą (a supernatural being, demon, fiend, giant, monster), which is also the root of the English word droll (oddly humorous, whimsical), and the French drôle (funny, amusing, strange, wierd, bizarre), as well as words for troll in Germanic languages. 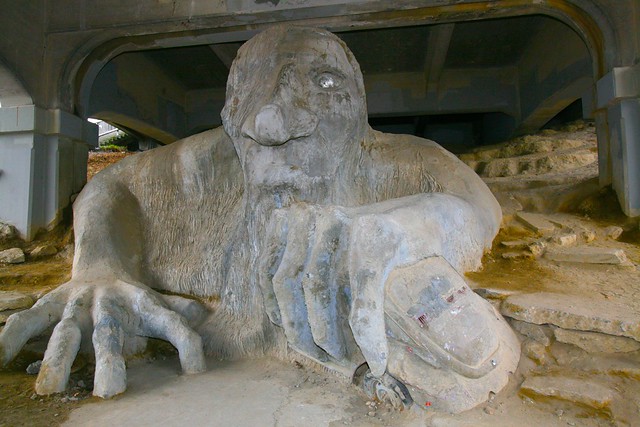 The verb troll comes from the Middle English troll (to go about, stroll, roll from side to side), from the Old French troller (to quest, to wander), from the Proto-Germanic *truzlōną (to lumber).

To me a troll is a mythical beast that appears in folklore and stories like The Hobbit, and in Terry Practchett’s Discworld series, or an internet troll.

What do you think of when you hear or read the word troll?