Last week I went to the circus. It wasn’t a traditional circus in a big top with animals and clowns, but the wonderful Pirates of the Carabina with their Relentless Unstoppable Human Machine in the theatre in the local arts centre. 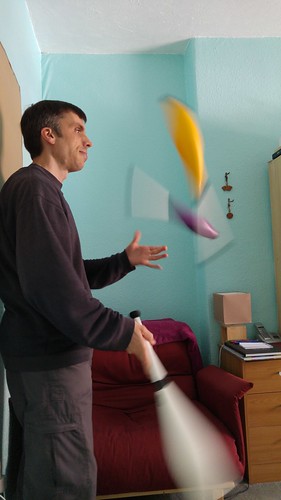 I also saw the film The Greatest Showman, a film based loosely on the life of P.T. Barnum.

I enjoyed both very much, and thought I’d write about the word circus, and related words.

In English a circus can be:

1. A traveling company of performers that may include acrobats, clowns, trained animals, and other novelty acts, that gives shows usually in a circular tent.

2. A round open space in a town or city where multiple streets meet.

3. A spectacle; a noisy fuss

If you’ve ever wondered why Oxford Circus in London is so named, when there are usually no of clowns, acrobats or other circusy things there, now you know.

In ancient Roman a circus was an open air stadium for chariot racing, horse racing and performances. Most Roman circuses were oblong rather than round.

The word circus comes from the Latin circus (ring, circle), from the Ancient Greek κίρκος (kírkos – circle, ring, racecourse), from the Proto-Indo-European *sker / *ker (to turn, to bend), which is also the root of the English words ring and rink. [source].

The word juggle comes the Middle English jogeler (juggler), and and from the Old French jogler, jongler (to have fun with someone), from the Latin joculāri (to jest; joke). It is also related to the Old French jangler (to regale; entertain; have fun; trifle with; tease; mess around; gossip; boast; meddle), from the Frankish *jangalōn (to chit-chat with; gossip).
[source].

The word clown is possibly related to the Icelandic klunni (klutz) or the Old Frisian klönne (klutz) [source].

The word big top, for a large tent, was first used in 1825 by J. Purdy Brown’s itinerating show in Virginia [source]. Why that particularly term was used is uncertain.

The photo is one of me juggling clubs that I took last year. I’ve been juggling and doing other circusy things for over 30 years, and have considered joining a circus, or becoming a circus skills trainer. At the moment I go to the Bangor University Circus Society every week to practise my circus skills, and to teach others. More photos are available on Flickr.

Are any of you into juggling or other circus skills?