A Japanese lesson that I studied on Duolingo today included names of parts of Tokyo. One of these was 渋谷 (Shibuya), which, according to Wikipedia, is a major commercial and finance centre, and houses two of the busiest railway stations in the world, Shibuya (渋谷駅) and Shinjuku (新宿駅). 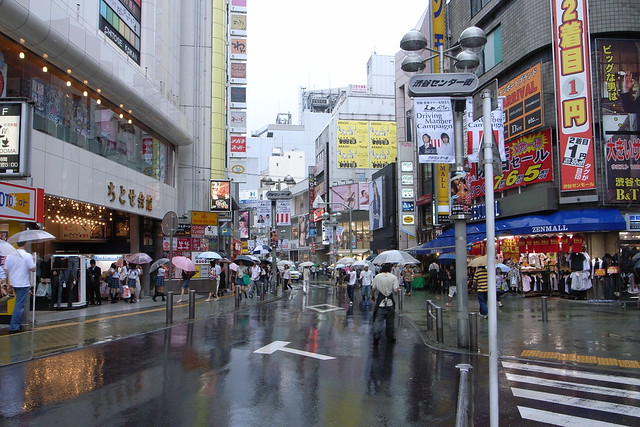 The first character in Shibuya (渋) is rare, and I haven’t seen it anywhere else. On it’s own it means the “astringent taste of unripe persimmon fruit” and is a simplified form of 澁 (jū/shibu), which is mainly used in personal names [source].

The character 澁 (sè) exists in Chinese, and is an old variant of 澀 [涩] (sè), which means astringent, tart, puckery,acerbity, unsmooth, rough, hard to understand, obscure. This is quite appropriate as it’s quite an obscure character.

Now trying saying 这柿子涩 (zhè shìzi sè) many times as quickly as you can. It means the persimmon tasts puckery, a word I hadn’t come across before that means high in tannins (of wine), causing pucking or tending to pucker.

One thought on “Astringent Hesitation”