An interesting Dutch word I learnt recently is kermis [ˈkɛr.mɪs], which means a carnival, fair, fairground, funfair or amusement park [source]. I remember it by linking it to Kermit the Frog, and thinking of him going to a fair. 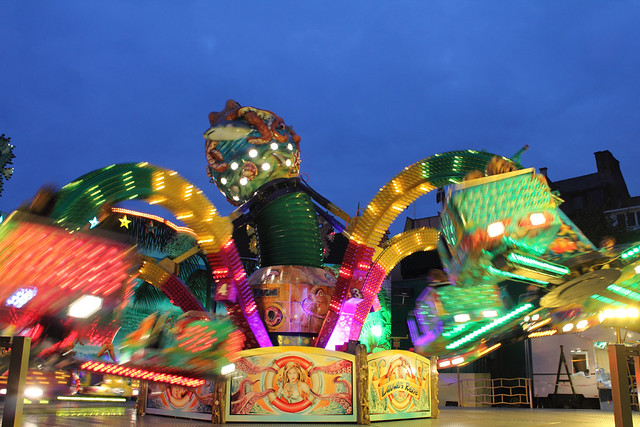 It comes from the Middle Dutch kermisse, a contraction of kerkmis, from kerk (church) and mis (mass) [source].

Some related expressions include:

*sunshower = a rain shower which occurs while the sun is shining

Kermis is related to the German word Kirmes, which in parts of western and central Germany means a fair, funfair or fairground, but originally referred to a solemn mass held annually to celebrate the anniversary of the consecration of a village church – such masses are now known as Kirchweihfesten (parish celebrations). In time the Kirmessen became major village festivals [source]. 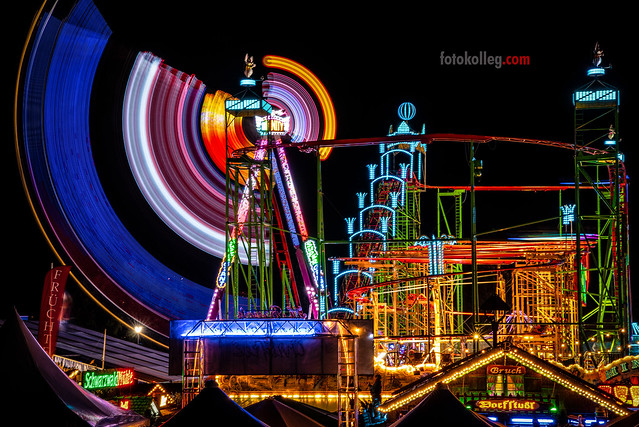 The English word kirmiss was borrowed from Germany and/or Dutch, and in parts of the USA apparently refers to an indoor entertainment and fair combined [source].

This word was also borrowed from Dutch into French as kermesse (fête), and from French into Italian as kermesse (social event, gathering, meeting or gala) [source].

The English word fair, as in a funfair or (travelling) carnival, comes from the Middle English feire, from the Old French foire (celebration), from the Latin fēriae (holy day, festival, holiday, vacation) [source].

The English word carnival comes from the French carnaval (carnival), from the Italian carnevale (carnival), possibly from the Latin carnem levāmen (“meat dismissal”) or from carnuālia (meat-based country feast) [source].

2 thoughts on “Fairs and Carnivals”