One of the Dutch words I learnt recently is gootsteen [ˈɣoːt.steːn], which is a sink or washbasin. It comes from goot (gutter) and steen (stone). According to Duolingo, you might encounter a gootsteen in a bathroom (badkamer / toilet) or kitchen (keuken).

A kitchen sink is a gootsteen, keukengootsteen, or aanrecht [ˈaːn.rɛxt], which is also a kitchen counter or counter top. Alles behalve het aanrecht is “everything but the kitchen sink”, a phrase that started to appear in writing in the early 20th century in newspapers and books in the USA [source].

What does the word sink mean to you?

Do you have other words for these things?

Are there separate words for them in other languages?

To me a sink is something you would normally find in a kitchen, or a laboratory. It is often square or rectangular and relatively deep. 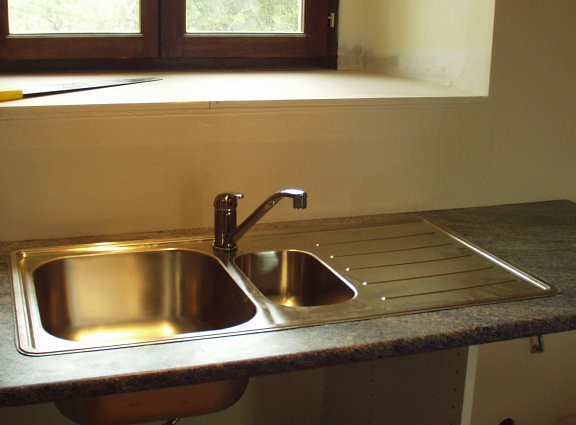 A washbasin is something you would find in a bathroom and is often rounded a relatively shallow. Other types of washbasin are available. 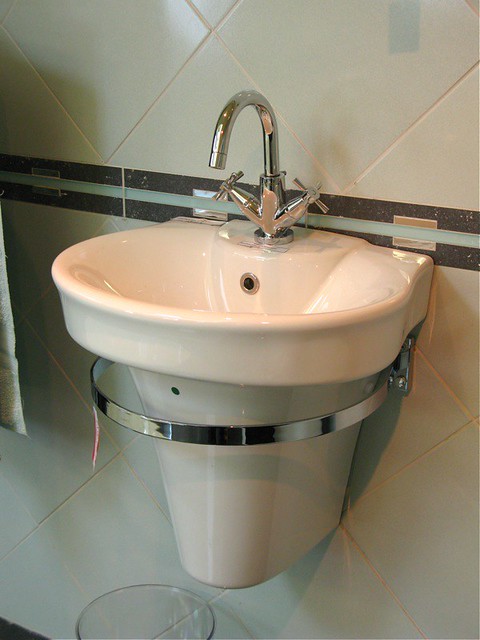