If I told you that I had been subjected to a latrocination by a latron, would you have any idea what I was talking about?

Latron is an old word from a robber, brigand or one who plunders. It comes from the Latin latrō (mercenary, highwayman, brigand, bandit, robber), from the Proto-Indo-European *leh₂t- (to grant, to possess) [source]. 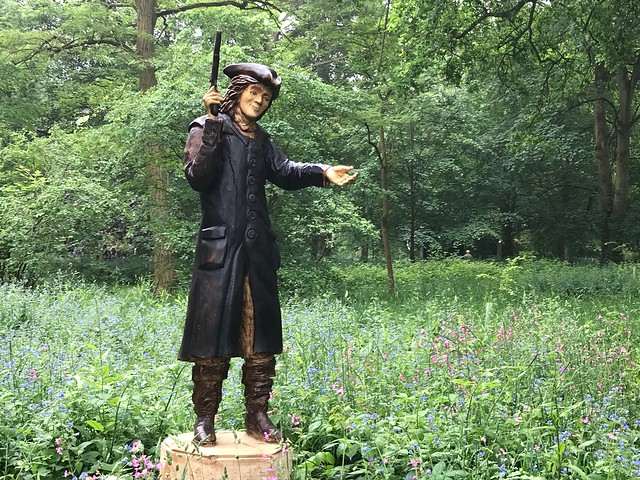 Latrocination is a legal term meaning “the act of robbing; a depredation” [source] – If any lawyers are reading this, is this a word you’ve ever used or heard?

A depredation is “An act of consuming agricultural resources (crops, livestock), especially as plunder; A raid or predatory attack.” [source] or “the act or an instance of plundering; robbery; pillage” [source]

According to The Cabinet of Linguistic Curiosities – A Yearbook of Forgotten Words by Paul Anthony Jones, latrocination first appeared in English in the mid-17th century, and is “a formal word for theft of robbery”.

Latrocinium [ˌlætɹəˈsɪniəm] is an act of brigandage or an illegitimate church council [source]. It comes from the Latin latrōcinium (military service for pay; robbery, banditry, highway robbery, piracy, brigandage; pillage, plundering; an act of banditry or brigandage; a band of robbers; villany, roguery, fraud) [source].

The English word larceny (the unlawful taking of personal property with intent to deprive the rightful owner of it permanently) comes from the same root, via the Middle English larceni and the Anglo-Norman larcin (theft) [source].

A related Latin word is latrunculus – a highway or robber, or a piece in the ancient Roman boardgame ludus latrunculorum (“the game of brigands”), which was apparently somewhat like chess or draughts / checkers, and was popular throughout the Roman Empire [more details].