If you said to someone “Je bent een pannenkoek!“, they’d probably have no idea what you were talking about, unless they spoke Dutch. This is a kind of mild / affectionate insult in Dutch meaning literally “You’re a pancake”.

It’s often used to refer to oneself – Oh, wat ben ik toch een pannenkoek! (Oh, what a pancake I am!) when you’ve done something stupid, dumb, foolish or clumsy. 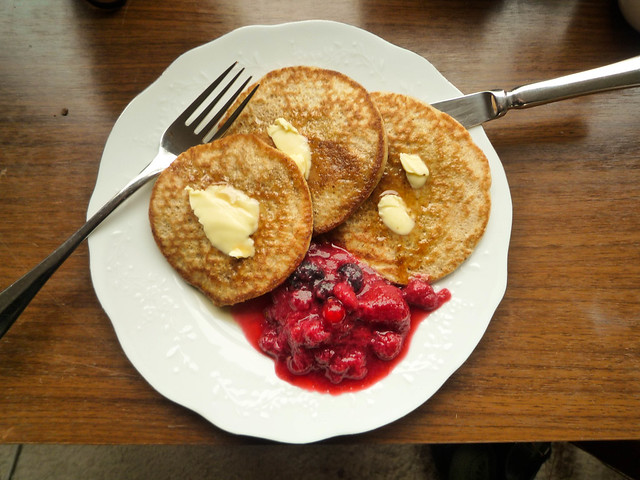 Pan comes from the Middle Dutch panne (pan), from the Old Dutch *panna (pan), from the Latin panna, a contraction of patina (a broad, shallow dish; a pan; stewpan; a kind of cake; a crib, manger), from the Ancient Greek πατάνη (patánē – a kind of flat dish) [source].

Some equivalents of pannenkoek I can think in English are muppet, idiot, wally, plonker and numpty. Others, from Reverso, include: knucklehead, slouch, douche and potato-head.

Can you think of more in English or other languages?