Today we have a guest post by Manish Sharma

We have all heard this word a lot lately and some of us are probably getting quite sick of it. Hopefully, not by it though. Have you wondered what does it actually mean though?

Let’s do an etymological analysis of coronavirus and see what we come up with. Do what? I hear you say! Fret not, it’s just a fancy way of saying what the word means and how it came to be.

Well, let’s see what we have here then.

So we know it’s clearly made up of two words: corona + virus. Well done, Sherlock! Is that it? What are you going to tell us next? That it’s caused by drinking too much Corona beer? Sadly, no, because there would have been a rather easy cure for it if that was true!

Beer (excuse the pun) with me though while I break it down for you.

Corona comes from the Latin word corōna, meaning a ‘crown’ or ‘garland’, which in turn is borrowed from the Greek word κορώνη (korṓnē), which means a ‘garland’ or a ‘wreath’ [source]. I guess something to do with the similarities in shape. It’s used to describe this class of viruses because of their peculiar structure, as we have all seen in the photos everywhere, the virus looks like a spherical ball with spike-like projections on its surface giving it an appearance of a crown. Not unlike the way solar flares project from the surface of the sun hence called solar corona. 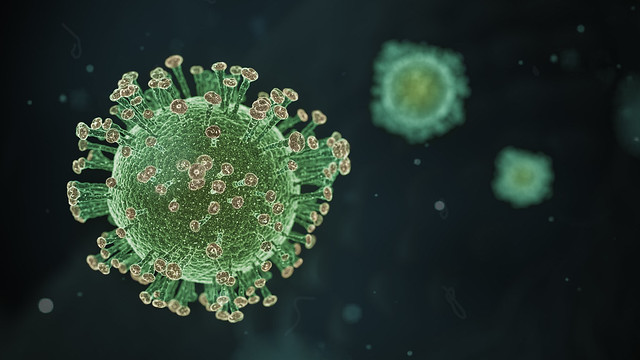 The Greek word κορώνη (korṓnē) has its origin in a Proto Indo-European or PIE (a hypothesised common ancestor of most of the Indian and European languages) word *ker or *sker which is the origin of the Sanskrit word कृत्त (kṛttá) or the Hindi word कट (kat), both meaning to ‘cut’ something. Incidentally, English words like, curtailed, shears, scissors, short, skirt and share have all descended from this same root [source].

A note on the relation between the words *ker and *sker before we move on. The prefix ‘s’ (s-mobile) sometimes occurs in the variations of the same word in different languages. For instance, the English word snake and Hindi word नाग (nāg) also share a common root – the Proto-Indo-European *sneg- (to crawl, a creeping thing) [source].

When you put the two together, you get coronavirus, or poison cut in the shape of a crown!

So, there you have it. We may not know for sure where this wretched virus came from but at least we now have an idea how its name came about.