Ayvarith is the creation of TJ, who invented it to write his conlang, Ayvarith, which is a combination and Arabic, Aramaic and Hebrew.

There are two sets of consonants, the basic ones, and the ones used for loan or foreign words and names (in blue).

Where to did my soul go?
to the paradise of my Lord
It is there
In Karbala 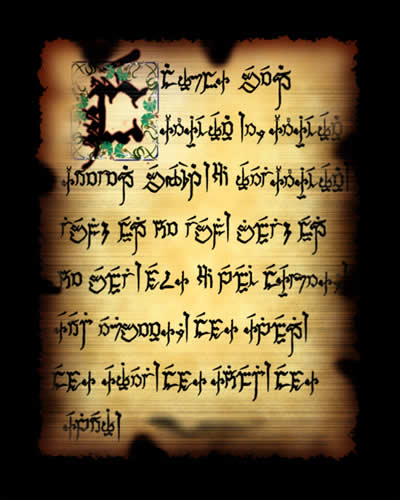 In the beginning was the mind
from the mind, the lights were created
God commanded the mind
go! then he went
come! then he came
Thus, God announced: by My Glory
you are my beloved
by you I judge
by you I command
by you I give (reward)
by you I punish

If you have any questions about Ayvarith, you can contact TJ at: ayvarith@gmail.com