The 6-Color Binary Alphabet was invented by David Kelley as an alternative alphabet for English using different binary combinations of six different colours. 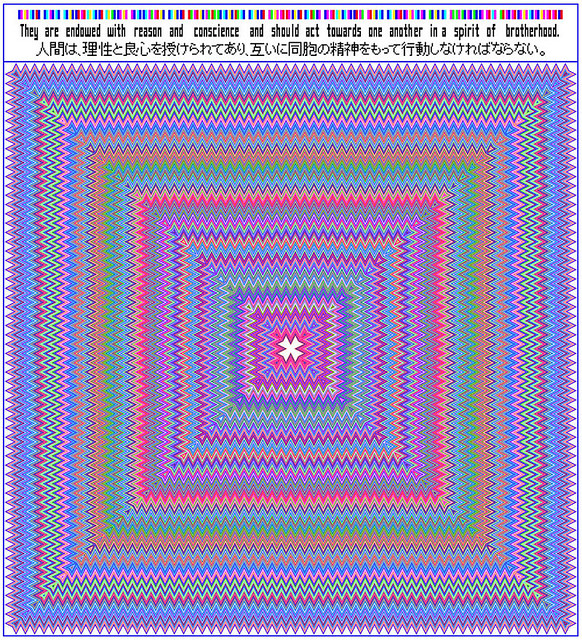