One of the Spanish words I learnt this week was pizarra [piˈθara / piˈsara], which means slate (rock), (roof) slate, blackboard, chalkboard, whiteboard, or in Cuba, a dashboard [source]. It comes from the Basque word pizar (fragment, blackboard, slate) [source].

When I first saw it I thought it had something to do with pizzas, but obviously not, unless a blackboard is used as a menu in a pizza restaurant.

Another word for blackboard or chalkboard, which is used in Spain, is encerado [enθeˈɾado / enseˈɾado], which also means waxed, polished, wax-coloured, oilcloth, tarpaulin or tarp. It comes from encerar (to wax, polish), from the Latin incērāre (to wax), from cēra (wax, beeswax, honeycomb, wax tablet, wax seal, wax image) [source], which is also the root of the Spanish word cera (wax, crayon).

Another name for a waxed writing tablet in Latin is tabula, and they have been used since at least the 14th century BC – the oldest known example was found in a shipwreak near the town of Kaş in the southwest of Turkey. They usually consist of a wooden frame with wax in the middle, and often two such frames were joined together. A stylus was used to write in the wax, with a sharp end for writing and a flat end for erasing. They were used in parts of Europe until the 19th century [source]. 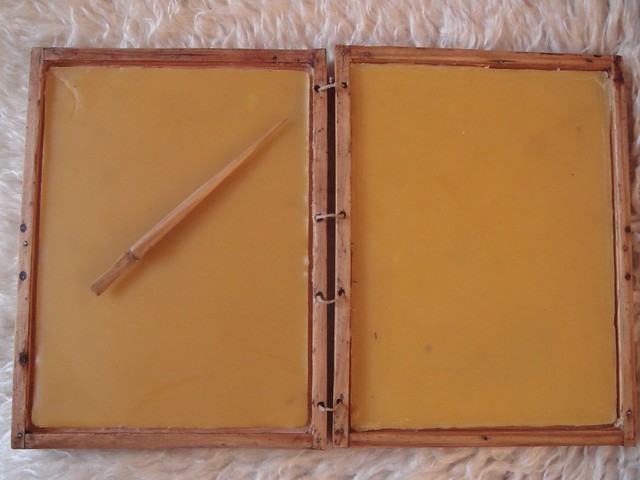 The Latin expression tabula rasa, meaning a blank/clean slate (lit. “an erased slate”) originally referred to a tabula that has had the writing erased from it, and now refers to the idea that individuals are born without any innate mental content [source].

In some places where slate is readily available, people used to write on it with chalk, especially in schools. They were also used to write people’s debts in pubs, and when their debts were paid, they had a clean slate, or had had their slate wiped clean. 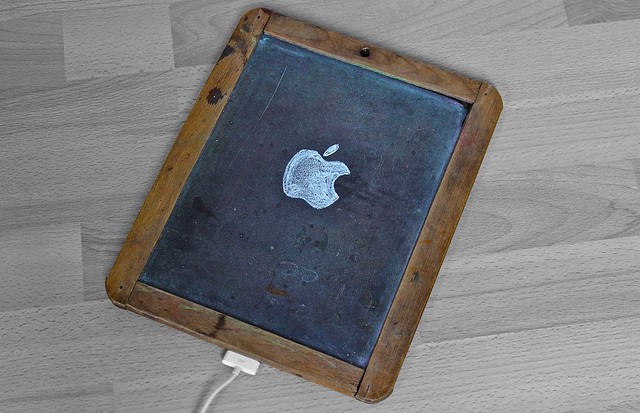 I feel the beginnings of a new section for Omniglot on writing surfaces and tools.

Incidentally, the word pizza was borrowed from Neapolitan, and is thought to be related to the Byzantine Gree wordk πίτα (píta – cake, pie) [source].

Here’s an audio-visual version of this post I made with Doodly: