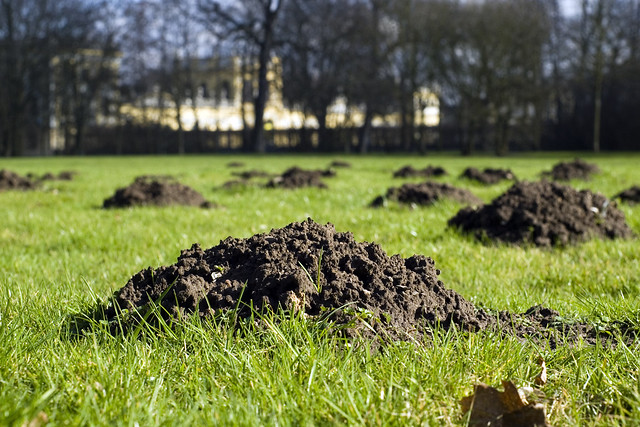 This phrase first appeared in writing in 1548 in Nicholas Udall’s translation of The firſt tome or volume of the Paraphraſe of Eraſmus vpon the newe teſtamente as “The Lacos could abide no length, the Sophistes of grece coulde through their copiousnes make an Elephaunt of a lye, and a mountayne of a molle hill”. It is based on the Latin proverb “elephantem ex musca facere” (to make an elephant from a fly). It is possible that Udall coined the phrase, or that someone else did so around that time [source].

The word mole (as in the animal) comes from the Middle English mold(e)warp (“earth-thrower”). This became molle, and later mole. In Old English a mole was a wand, which became want, and a molehill was a wantitump.

In Dutch the equivalent of to make a mountain out of molehill is van een mug een olifant maken (“to make an elephant from a fly”).

Are there similar sayings in other languages?

One thought on “Elephants and Molehills”