Yesterday I had my second dose of the Covid-19 vaccine (AstraZeneca), and feel just fine. So I thought I’d look at the origins of vaccine and related words. 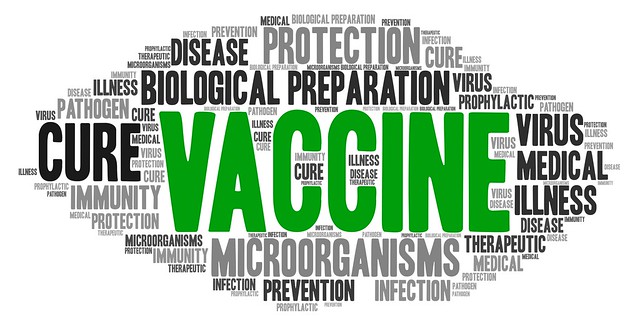 Vaccine comes from the Latin word vaccīnus (of or derived from a cow), from vacca (cow), from the Proto-Indo-European *woḱéh₂ (cow) [source]. Why cows? Well, from 1796 to 1840, people were vaccinated against smallpox by being infect with cowpox (variola vaccīna), a much less serious virus – a procedure developed by Edward Jenner [source].

immunisation / immunization = the process by which an individual is safely exposed in a controlled manner to a material that is designed to prime their immune system against that material. From the French immunisation. Coined by Albert Calmette (1863-1933), a French physician, bacteriologist and immunologist, who developed a vaccine against tuberculosis, and the first antivenom for snake venom [source]

inoculation = the introduction of an antigenic substance or vaccine into the body to produce immunity to a specific disease. From the Latin inoculātio (inoculation, ingrafting), from inoculō (I ingraft an eye or bud of one tree into another, inoculate, graft by budding, implant), from in- (in, within, inside) and oculus (eye) [source]

injection = the act of injecting, or something that is injected. From the Middle French injection, from Latin iniectio/injectiō (injection, inspiration, instillation), from iniciō (I throw, cast, hurl or place in), from in- (in, within, inside) and iaciō (throw, hurl) [source]

One thought on “Cow Throwing”